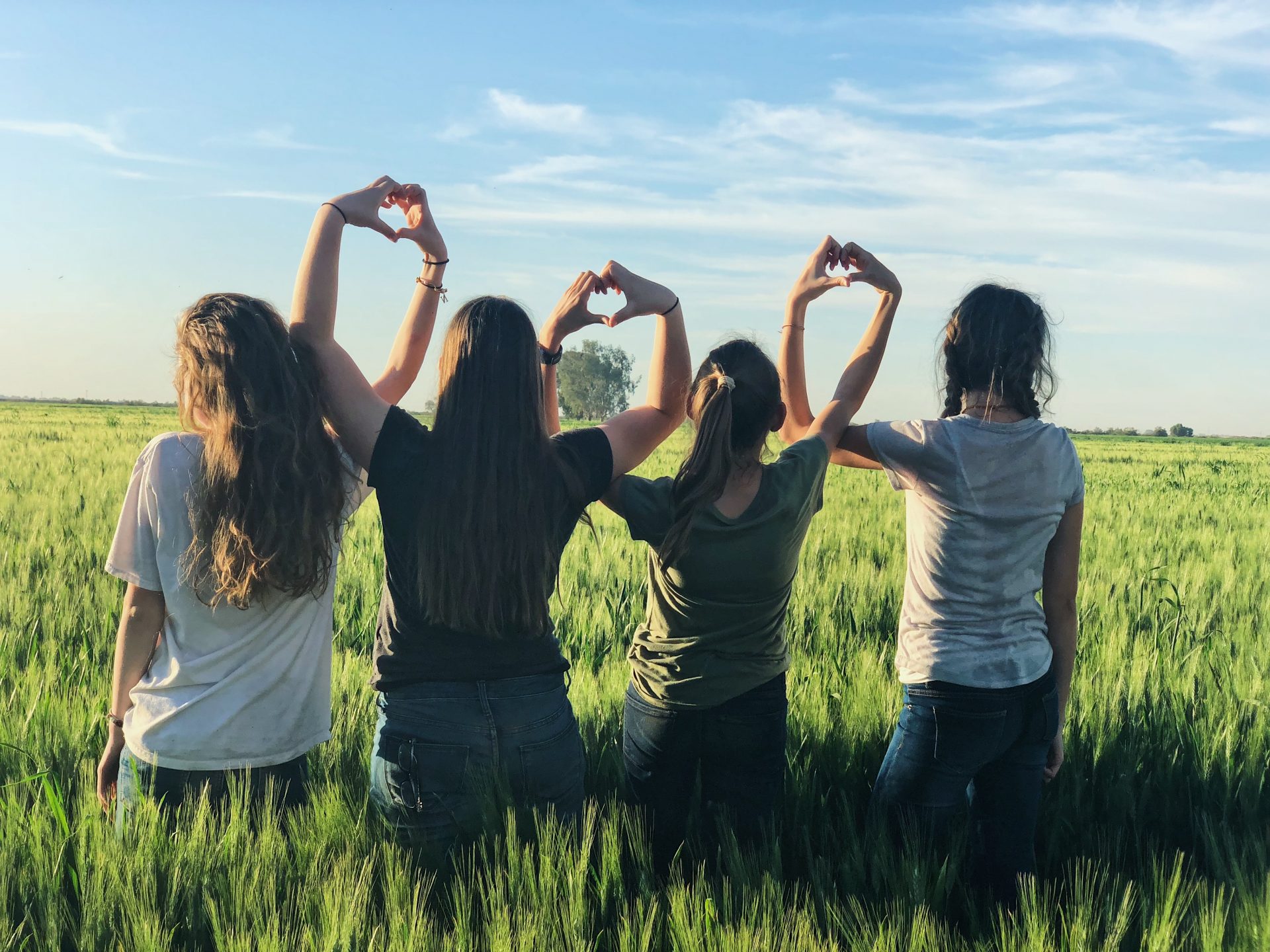 Adolescence is a unique developmental life stage when romantic interests begin to sprout, and, as we saw in Part I of our series, dating offers many benefits and is a healthy part of a young woman’s emotional development. For instance, dating builds relationship skills and gives girls an indication of the qualities they will want in future partners. However, this transition from childhood to adulthood is not without confusion as the experience required to understand how to effectively communicate with a romantic partner, protect personal boundaries, and balance independence with togetherness has yet to be lived. To add to that, insecurities, self-esteem problems, negative peer pressure and a strong desire to fit in could make teens vulnerable to some of the negative aspects of dating, such as violence.

Dating violence is when a person in a relationship physically, emotionally and/or sexually harms their partner. It can occur in a variety of different relationship types, both informal (e.g., hooking up or friends with benefits) and formal (e.g., boyfriend/girlfriend or dating). A person perpetrates violence out of wanting to have power and control over their current, or past partner.

And while the completely normal developmental, emotional, and psychological changes teens experience during this life stage could place them at risk of becoming involved in unhealthy relationships, recent research highlights some key protective factors that fathers can employ to help protect their daughters and ensure they engage in healthy dating.

The good news is that risk assessment tools that help determine youth at risk are becoming more refined. However, Dr. Shaffer-McCuish stresses that there is no single profile, or defined characteristics, of a girl likely to experience dating violence – as a perpetrator or victim; rather a variety of different protective and risk factors can operate together to influence whether it occurs.

There are several factors which can protect daughters from becoming involved in dating violence. Dr. Shaffer-McCuish explains that paternal involvement in and of itself is a scientifically proven protective factor against dating violence among adolescent females.” Additionally, parental monitoring, such as knowing your daughters’ whereabouts, having a good idea of who their friends are, getting to know their dating partners, and keeping open communication around safe choices and what healthy relationships look like, can also protect teenagers from becoming perpetrators, or victims, of dating violence.

When it comes to violence in relationships, adolescents are particularly vulnerable as, due to limited experience, they do not always know what healthy romantic relationships should look and feel like. Despite what may seem obvious to adults, Dr. Shaffer-McCuish warns of the possibility that teens may misinterpret dating violence as a sign of love and affection. Fathers can help in this regard as well, by pointing out unhealthy behaviors, either experienced by their daughters or perpetrated by them, that teens can then more easily identify going forward. Some conduct by teens involved in romantic relationships that fathers can warn of includes presenting controlling tendencies or problems with anger, applying pressure to do things the other partner may not want to do, and resorting to physical violence (e.g. pushing, slapping, hitting).

It is helpful for fathers to keep in mind that even with the best parental intentions, adolescence is a life stage where arguments with parents become more common, teens want to spend more time with their peers than their dads, and adolescents often trust their friends’ opinions more than their parents because of their natural desire to fit in among their peer group. Some reassurance for fathers is that while teens crave independence and may perceive their dads as uncool, distant, or embarrassing, they also want to feel secure and know that someone has their back. When a father models appropriate and assertive behaviors in his own relationships, this sends a clear message to his daughter on what is or is not acceptable.

In addition to paternal involvement and parental monitoring, a teen’s subjective life satisfaction also protects against negative outcomes such as sexual risk taking. One study found that a key determinant of life satisfaction among adolescents is self-efficacy. Encouraging their daughters to engage in team sports, modelling healthy habits, and most of all talking openly about body positivity are actions fathers can take to boost self-efficacy in their daughters. Extremely critical comments, on the contrary, may cause irreparable damage to a girl’s self-efficacy, and the resulting negative psychosocial consequences will likely cause problems in her romantic relationships well into adulthood.

Next, we look at the variety of factors which increase the risk of a girl being in a violent relationship, either as a victim or perpetrator.

Exposure to violence in a young person’s childhood or adolescence is a significant risk factor that may lead to dating violence via mediating factors such as aggression, violence, and delinquency. Inter-parental violence and abuse in the family, be it verbal, emotional, or physical, have consistently been shown to increase the risk of dating violence among teenagers as adolescents learn from their caregivers that violent behavior is acceptable in interpersonal relationships, or may consequently lead to problems regulating emotions which, in turn, can result in aggressive behavior.

A girl’s peer group can be either a risk or protective factor. If a teenage girl’s core friends are involved in unhealthy relationships, then it is more likely she will engage in similarly unhealthy or violent relationships. Also, young people tend to select intimate partners from their peer groups; hence the peer group is likely to define the quality of a young woman’s intimate relationships. Fathers can help by encouraging their daughters to seek out peers with prosocial attitudes who are involved in prosocial activities. Fathers should also encourage their daughters to report any violence in their friends’ relationships to a trusted authority such as a teacher or counsellor.

Finally, severe mental health issues among the teenager’s adult carers has been found to directly impact the teen’s well-being and quality of her decision-making skills around relationships. If you are a father with a mental health problem, you might think that you are protecting your daughter by keeping it a secret; however, signs of poor parental adjustment might lead your child to blame herself for her parents’ problems or seek comfort in destructive coping mechanisms such as addictive behavior, often used to escape unpleasant thoughts and soothe emotional distress. Instead, however difficult, it is best to be upfront and honest about your health and reassure your daughter that she can still have a good relationship with her father.

Girls are equally as, or more likely to be, perpetrators of dating violence. Here is why.

It is important for fathers to realize that if involved in violent intimate relationships, their daughters may be the perpetrators instead of the victims. Research among adolescents has indicated that compared to boys, girls are equally, and sometimes even more likely, to perpetrate violence within an intimate relationship. Dr. Catherine S. Shaffer-McCuish explains that “from a developmental perspective, girls’ use of aggression may reflect relative inexperience in interpersonal relationships, as well as the adoption of typically masculine behaviors to resolve conflicts and express negative emotions”.

So why do girls perpetrate intimate relationship violence? There are two possible reasons. First it could be their response to a violation of their ethics, such as retaliation for a cheating partner, or violence in response to violence, also known as bidirectional violence. Second, social norms surrounding violence mean that observers might not pay as much attention to a girl’s violent behavior, compared to the same violence being perpetrated by boys. “Violence inflicted by girls toward their intimate partners might be laughed off or not taken as seriously.” In other words, in a heterosexual relationship, if a boy hits a girl, he will face more severe consequences than a girl who hits a boy.

While findings show that adolescent girls commit violence against their partners more frequently, with forms of violence such as slapping, kicking, punching and verbal abuse, boys are more likely to perpetrate types of violence that cause more physical harm such as beating up and committing sexual abuse. Some key warning signs that their daughters are being abused that fathers can look out for include changes in their daughter’s mood or behavior such as displaying anxiety, social withdrawal, a change in wardrobe, or attempts to hide bruises by pulling down long sleeves.

In moments of crises, such as finding out his daughter is involved in dating violence, it’s essential for a father to manage his emotions, demonstrate positive conflict resolution skills, ask open questions such as “Has anyone acted in a way that made you feel unsafe?” or  “How are things going with your relationship? What happens when you disagree or are in a fight?” and steer clear from any victim blaming. Fathers should avoid asking questions that focus on what his daughter did or did not do, such as, “What did you do to cause this? Who have you been hanging out with?” or “How did you get those bruises”. Instead, fathers can offer words of comfort like, “I just want to make sure you’re ok” and “If someone harmed you it is not your fault”. It is important for fathers to ask questions indirectly. Adolescents may feel ashamed or blame themselves for these experiences and thus be less responsive to answering more direct questions.

Girls overall are not inclined to confide in their fathers about dating violence out of fear of the consequences. They worry that they may be prohibited from dating in the future or spending time with their peers. Thus, it is important for fathers to try to ease their concerns around these fears of reporting.

To deal with any underlying trauma that daughters may experience from being involved in an unhealthy or violent relationship, it is recommended that fathers take their daughters to see a mental health professional, as therapeutic approaches such as Cognitive Behavioral Therapy have been proven to be effective in changing youth attitudes and behaviors around dating violence. “For very violent relationships, parents can resort to the criminal justice system to help them develop a safety plan for their adolescent.”

Education in the community and at school.

Some countries that have recognized adolescent dating violence as a significant public and social health problem have launched dating violence prevention programs in schools and the wider community. Also, February is now teen dating violence awareness month, which can provide a wonderful opportunity for dads to talk with their daughters about dating and healthy relationships. 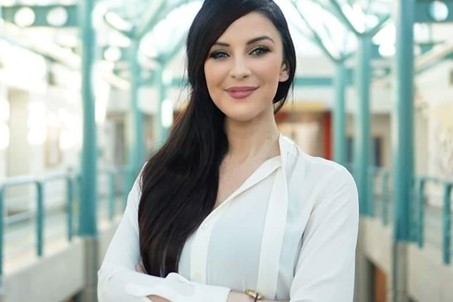 Dr. Catherine Shaffer-McCuish is an Adjunct Professor in the Department of Psychology at Simon Fraser University. Broadly, her research focuses on the assessment and management of general and specialized forms of violence among youth and adults and evidence-based practices for working with individuals who engage in violence and other forms of offending. Currently, she is in the process of adapting one of the most commonly used adult intimate partner violence risk assessment measures for use with adolescents.