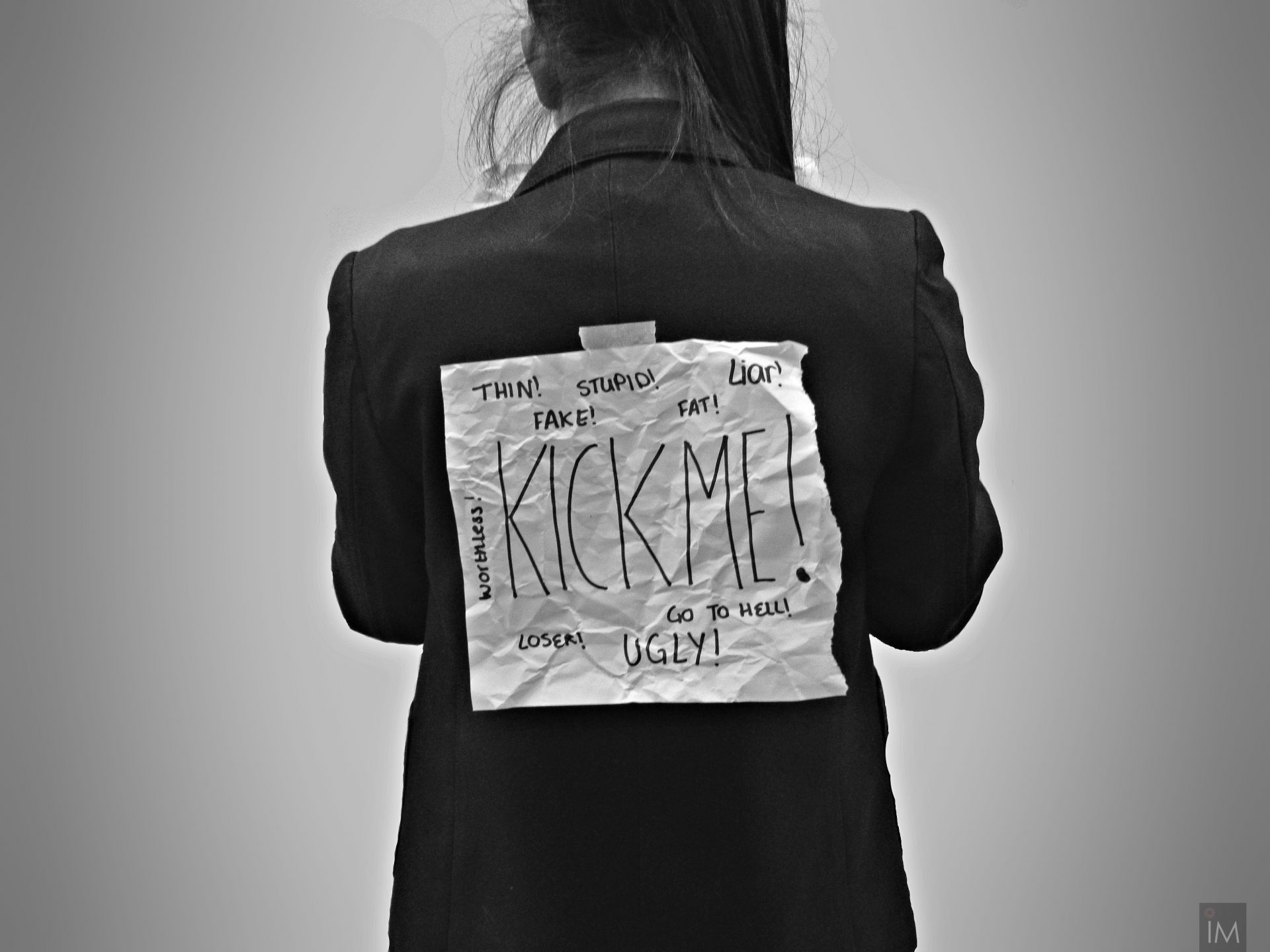 The phenomenon of cyberbullying dates to the 1990’s, but the first documented case to reach the attention of researchers and media was the online harassment, and eventual suicide, of 13-year old Megan Meier in 2007. This happened in the U.S. but cyberbullying against girls and women is a global issue with devastating consequences. Since Megan’s untimely death, social scientists, researchers, policymakers, community groups, and school districts around the world have been trying to determine why cyberbullying happens, who the main targets are, and most importantly, how to stop it. For dads of daughters, it is particularly important to learn the signs of when your child may be a victim, or even perpetrator of, cyberbullying, and what you can do to step in, as girls are routinely targeted more than boys.

Part 1 of our two-part series on cyberbullying will focus on defining what exactly cyberbullying is, understanding why kids engage in it, and learning how it affects girls in the short and long term. To that end, Growing Girl spoke to cyberbullying expert Dr. Raúl Navarro, PhD., a lecturer in the Department of Psychology at the University of Castilla-la Mancha, Spain.

Acts of cyberbullying range from the seemingly innocuous, such as unfriending someone on social media, to the potentially extremely harmful actions of sending emails or messages as another person (known as catfishing), or sharing sexual images or videos of another person without her consent. Cyberbullying also includes hacking, doxing (acquiring someone’s personal information and then releasing it online in order to harass them), signing up an account with another person’s name, sending threatening messages, coercion, and unwanted sexualization (including, but not limited to, altering someone’s image to make her look sexual or sending someone sexual content without her consent, and exploitation).

Why Girls Engage in Cyberbullying

Dr. Navarro stresses the understanding that cyberbullying is not a separate phenomenon –  rather, it is a form of traditional bullying. Thus, the motivations for perpetrating it are rooted in the offline world. However, with smartphones and the internet, victims are now more accessible and more exposed to this type of aggression. And, due to the nature of the internet, aggressors can remain anonymous and do not have to directly witness a victim’s reactions.

We should be aware that cyberbullying may fulfil – if negatively – a psychological need that is universal to humans: the need for recognition.

“If others reinforce my behavior by laughing or ‘liking’ my comments, that may cause me to sustain that behavior.”

Further, “both boys and girls are exposed to social dynamics relating to power within a group of equals” whereby a person may try to climb the social ranks and achieve popularity among his or her peers by harassing someone else, especially someone who is seen as “different.” Research has confirmed that bothering someone who is different is among the most widely argued reasons for getting involved in cyberbullying. However, Dr. Navarro notes that “it is also important to [understand] that the available data on the prevalence of cyberbullying shows a clear tendency towards boys more commonly being perpetrators than girls, just as with traditional bullying.”

Aside from the possible social “rewards” of cyberbullying, from a developmental perspective, a girl’s family dynamics play a part in determining if she will become a cyberbully. If there is an absence of emotional support or good communication in her family, a girl is more likely to perpetrate cyberbullying.

Several factors explain why girls perpetrate cyberbullying. Sometimes, if a girl has been a victim of cyberbullying herself, she responds by becoming an aggressor. So, if your daughter has been cyberbullied, it is important to monitor her online actions to ensure she does not retaliate or take out her anger and humiliation on someone else. It is also vitally important to help her process any lasting trauma from being cyberbullied. This will be discussed in Part 2 of this series.

In general, girls tend to have smartphones at an earlier age than boys. It is known that the more time a person spends online, the more they are exposed to cyberbullying, either as a victim or perpetrator.

Girls are also more likely to engage in cyberbullying perpetration at an earlier age than boys. Even if you think your daughter is too young or “innocent” to harass someone online, you should continuously check in with her. You should familiarize yourself with her online activities and online social world to make sure she is taking care not to harm anyone, intentionally or not.

In terms of victimization, the fact that girls display an earlier preference for social media while often boys of the same age spend their online time “gaming” naturally increases their vulnerability.

Further, girls consistently post personal information on their social media accounts. This information can easily be used against them.

Finally, as in the offline world, a lack of friendships and peer support increases a girl’s susceptibility to being harassed online. If victimization happens, girls are often judged and blamed more harshly than boys for becoming victims. This can create a vicious cycle of isolation and then further cyberbullying by the same perpetrator, or new ones who take advantage of her vulnerability.

Impacts of Cyberbullying on Girls

In some cases, cyberviolence can be more damaging than in-person abuse because it has a wider audience, can be anonymous, and is insufficiently regulated. Also, the aggressor can “follow” the victim home within their devices. Thus, a cyberbullied girl may feel she has no safe space in which to retreat and she can’t escape the psychological harm.

Regardless of how it compares to in-person bullying, however, cyberbullying can create permanent trauma for victims and should be taken very seriously when it occurs. Cyberbullied victims often end up depressed and suffer from diminished self-esteem, fear, anxiety, and anti-social behavioral issues.

Not only are girls more likely to be targeted, but they are also twice as likely as boys to feel stressed, hopeless, and overwhelmed. Often victims feel stigmatized and humiliated, and the internalization of the trauma can lead to mental health challenges, self-harm, and suicide.

What Can Be Done?

While the statistics on cyberbullying may seem daunting and the problems associated with this issue are severe and long-lasting, there is hope. In Part 2 we will discuss what online and offline solutions exist for parents and caregivers. These solutions both help girls who have been victimized and potentially stop cyberbullying before it ever happens.

By I Have A Daughter
Bullying, Cyberbullying, daughters, Fathers, Perpetrators, Victims