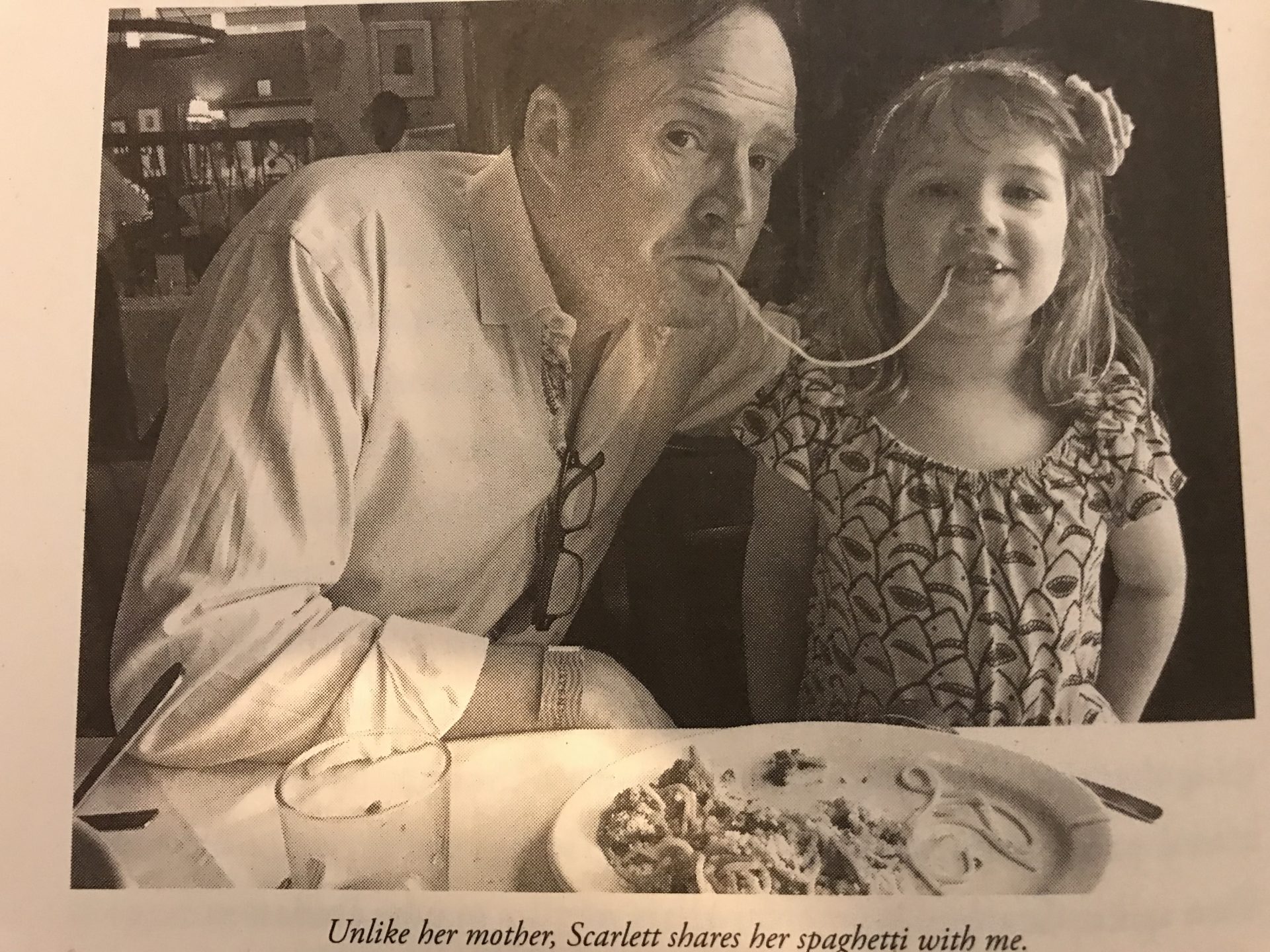 In comedian Steve Patterson’s recent book, “Dad Up”, he lists the only two lessons his dad taught him that he wants his daughters Scarlett, 7 and Norah, 2, to learn and live by:

2. Don’t start fights but know how to finish them

“Scarlett’s a great athlete and quickly proves herself to the boys in the neighborhood,” he says. “But of course bullies are everywhere and she’s small for her age so it has been important for my wife, Nancy, and I to reinforce the idea she shouldn’t back down if anyone tries to challenge her right to take up space, join a game; whatever it is, we want her to stand up for herself—with kindness and tact, of course.”

These lessons aside, Steve admits that growing up in a family of five boys left him feeling pretty unprepared to father two daughters; at times, he says, the process feels more like simply trying to unlearn things in order to be the kind of parent he wants to be. He chose “Dad Up” as the title of his book to reflect his experience,  a positive repurposing of the phrase “Man Up”, which for him, signifies pushing himself beyond what he was taught or what comes naturally in order to be a better father to his daughters.

While he wrote “Dad Up” loosely built on the comparison between his father’s approach to parenting and his own, he also considers it a tribute to moms, and his wife, Nancy, in particular. Young children, he explains, rely almost solely on their mothers for the first few years of their lives when they’re born into a two parent household; his role, he jokes, mostly felt like someone to nap on occasionally when mom’s not around. “Now that Scarlett is 7, she’s more aware of me and our relationship is starting to evolve,” he says. “So really, my role in her life is just beginning now and I mostly have Nancy to thank for how amazing they both are already.”

Becoming a dad in his 40s has also come with its own set of personal challenges, but on the whole, Steve says he’s grateful for the motivation that having two young daughters gives him to stay fit and active. He bought a Peloton bike this year, a purchase he admits would have been much less likely without the need to keep up with Scarlett and Norah. He also attributes the ease with which he can choose to stay home and tour less, for example, to the fact that he had plenty of time to get this out of his system in his 30s. “I loved having the chance to travel as a comedian,” he tells me.

Being out every night, new cities, all of it was incredible, but now when I’m gone for a few days, I miss being home with my family. Priorities change. I’d rather look to my daughters now as my source of positive energy and inspiration than a crowd full of fans and strangers.

By I Have A Daughter
Dad Up!, dads of daughters, funny dads, Life lessons, parenting, Steve Patterson