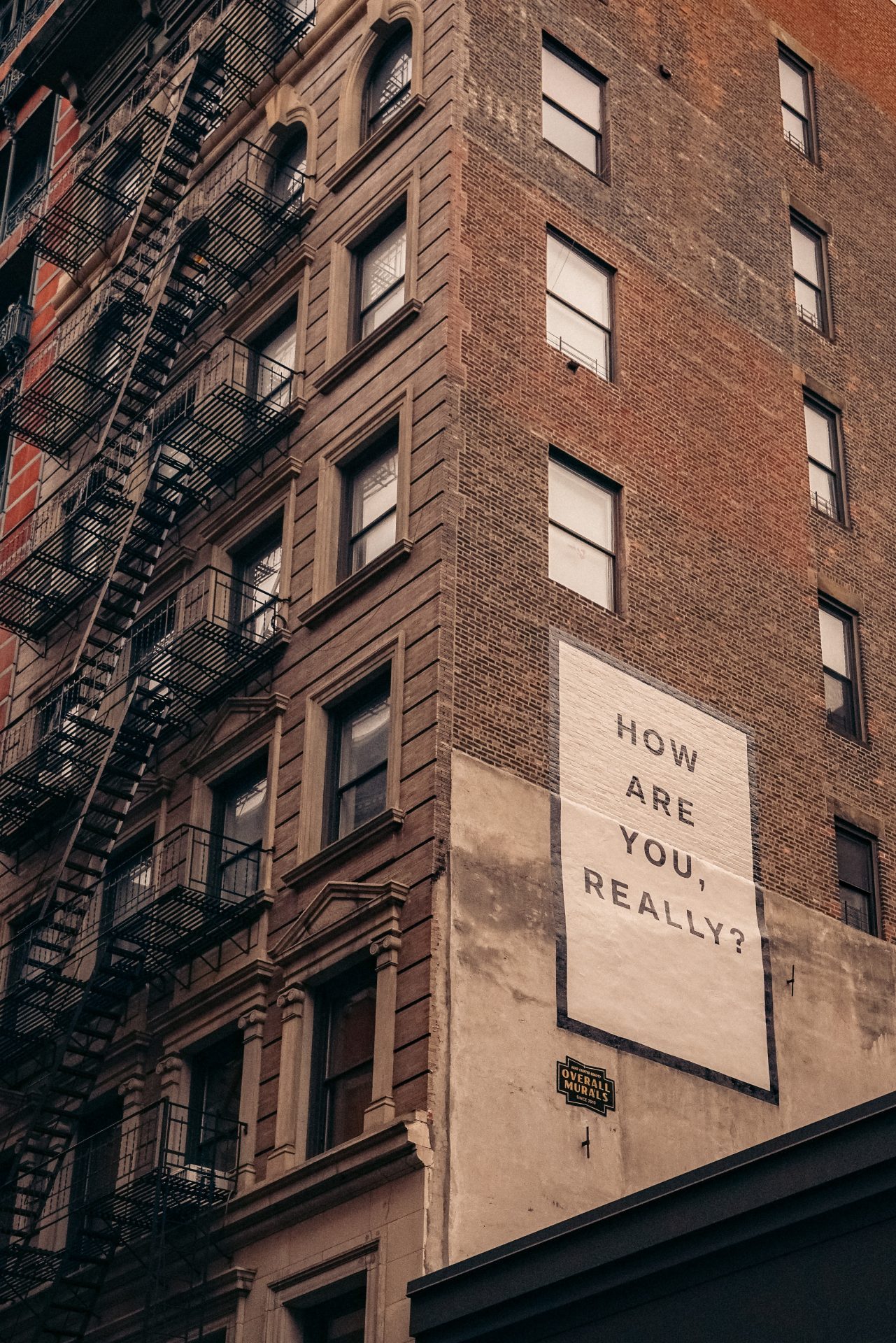 When it comes to giving children the best start in life, policymakers, welfare institutions and society at large agree that the mother’s well-being is a major contributing factor to her child’s mental health. And indeed, in most western countries, structures have been put in place to detect maternal mental health symptoms early (depression in particular) and offer mothers support when needed.

But mothers are one half of the equation.

These same welfare systems have only recently started looking at the other half of the equation – fathers – whose wellbeing, or lack thereof, also contributes to his child’s behavioral, emotional, and cognitive outcomes – a finding now scientifically confirmed by longitudinal evidence.

In this latest Growing Girl article, out of all the mental illnesses recorded in diagnostic manuals, we chose to focus on Dads and Depression only because of how common it is – 10% of fathers will have suffered from depression before, or after their baby is born. So aside from its high prevalence, what do we know about paternal depression and its implications?

We set out to investigate.

Growing Girl sat down with Dr. Jill Domoney, Clinical Psychologist at the Institute of Psychiatry, Psychology and Neuroscience, King’s College London who highlights that “recognizing, and then measuring the extent of depression in fathers is the first step. Understanding the implications of paternal depression on his child’s wellbeing and more importantly putting the right interventions in place for suffering fathers …is the trickier part.”

Truth is that paternal mental health made its way into the social, and eventually research arena quite recently.

It was in the 1970s that Michael E. Lamb’s paper Fathers: Forgotten Contributors to Child Development shifted the focus to the ‘other’ person in a child’s life – the father – the other parent who also influences a child’s behavioral, emotional, and cognitive development, and perhaps differently to mothers.

This pioneering study pointed out that there was very little known about a father’s interaction with infants, let alone the dynamics of these interactions. Today, we fully understand that fathers are influential in other ways aside from being a financial provider and the scientific literature agrees that a father’s active and regular engagement reduces the frequency of behavioral problems in boys and psychological problems in young women, enhances cognitive development, while decreases delinquency and economic disadvantages in low SES families.

Times of course change, often for the better, and in the past several decades studies have consistently shown that fathers do in fact form attachments with their children, and as often hypothesized, are qualitatively different from the mother-child relationship. A study by Lewis & Lamb found that fathers spend a higher proportion of their interacting time in play, and fathers’ style of interaction is more physically stimulating and unpredictable compared to mothers.

That is the positive side.

However, similarly to the mother, a father’s contribution to his child’s development can also be negative. And so, a better understanding of paternal mental health and how it impacts the father-child dynamic, in the short and long term, is where the scientific community can offer insight. The barriers? Human beings are complicated and longitudinal studies require a significant amount of funding, not to mention all the structural and logistical obstacles involved.

One fair assumption however is that if mothers are experiencing depressed states or moods, that can directly or indirectly trigger the same feelings in fathers, seeing that parenting distress is often a symptom commonly shared by both. But the reality is much more nuanced than that. In 2010, Paulson & Bazemore published Prenatal and Postpartum Depression in Fathers and Its Association with Maternal Depression and found a moderate correlation with maternal depression suggesting that other factors may explain a father’s poor mental health. That is, aside from maternal depression, other factors, both biological and social, are likely to explain depressed states of mood in fathers, reconfirming that mental illness, and the reasons it occurs, is extremely complex.

The silver lining here is that any detection in mothers could prompt health care specialists to look out for vulnerabilities in fathers as well.

While prenatal and postpartum depression is evident in about 10% of men – a similar statistic in women – depression is known to manifest itself differently in men. “For instance, fathers may demonstrate changes in their behaviors like increased irritability or alcohol consumption,” while mothers are likelier to show heightened emotional symptoms such as increased anxiety and/or insomnia.

Health care specialists sensitive to such subtleties between sexes are encouraged to pick up on any initial signs of paternal depression by asking fathers questions around any changes in their behaviors, instead of framing questions around emotions.

Mental health services have come to terms with the fact that men are less likely to outright ask for support. One incentive to seek treatment as Dr. Jill Domoney highlights is for fathers “to understand that paternal depression, regardless of the state of maternal well-being, can lead to negative child outcomes on an emotional, cognitive, and behavioral level.”

Roughly, signs of behavioral outcomes could include ADHD and children struggling to make positive peer or interpersonal relationships. Emotional outcomes include depressed or withdrawn states in children while cognitive outcomes often look at school readiness or academic achievement. But we need to keep in mind that making cause and effect associations is risky, and challenges in one domain won’t necessarily trickle into others.

Cognitive Behavioral Therapy (CBT) is a common treatment for depression. It’s structured, goal-focused, and collaborative. CBT may be especially helpful for men because of its goal-orientated, practical focus. The collaborative nature of this therapy may also help to reduce feelings of vulnerability which is important for fathers specifically in that it helps them feel a shared sense of control in the therapy. “This type of structure helps men to see where they currently are and where they are going”, says Dr. Domoney. “Because of the way that men are socialized, offering treatment framed in a more gentle or emotional manner might put men (fathers) off which is why it’s important for therapists or services to be gender competent.”

Overall, men are less likely to seek help for depression than women.

Therefore, the strategies in place should appeal to men so that 1. It gets them through the door and 2. They stay engaged through a trust-based relationship with the specialist.

Still, it’s unlikely that men will actively seek a mental health service provider and ask for CBT or any type of therapy because of the stigma that continues to exist around men’s mental health. That’s why it may be more effective to frame any intervention as a parenting tool rather than mental health therapy which is likely to be more effective in encouraging fathers to take that first step to seek support for themselves and their families.

Is fatherhood an opportunity to address mental health issues?

There is a tremendous opportunity to address any potential mental health issues when men become fathers and for the health care system to detect cases that would otherwise have gone amiss.

“A great way to word it is to help fathers realize that taking care of their mental health can help them become the father they want to be and that seeking mental health support is their best option to not only helping themselves, but their child and partner too.”

More recently in the UK, peri-natal and post-natal health care providers have started to ask men about their mental health if the mother is also getting support. As such, the identification stage is becoming a standard along with CBT interventions becoming more available for men. While still in their early phases, mental health interventions for new fathers are currently being rolled out in places like the UK and Australia however there isn’t much data yet on their long-term efficacy. Fortunately, there is an emerging trend among fathers who may have come from a traumatic upbringing to want to do things differently from how they were raised; “they want to give their baby a better chance than the one they had.”

In conclusion, while symptoms surely overlap, maternal and paternal depression may manifest themselves in different ways. Behavioral changes in men are a key warning sign, whereas heightened emotional responses in women are a likelier cause for concern. What we do have fortunately are valid diagnostic tools that apply to everyone, but it’s important to remember that paternal (or maternal) depression are not straightforward illnesses. They require proper detection & assessment tools, long-term research methodologies on the mechanisms through which paternal depression affects a child’s life outcomes and more importantly, for fathers to understand that it’s ok not to be ok, and effective treatment solutions exist that not only consider individual differences but are equally backed up by scientific data. In short, through acknowledgement, patience, and perseverance the right mental health treatment can transform families.

By I Have A Daughter