For Dads: Co-parenting alliance and how it mediates the healthy growth of our daughters 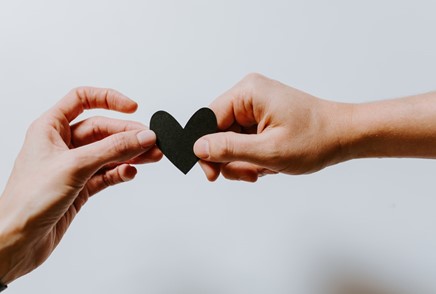 Co-parenting alliance, and the ways in which it mediates the healthy growth of our daughters is not just more unsolicited advice about ‘how to be a good dad’.  It’s about understanding the emotional, financial, and social benefits of positive co-parenting relationships on both the children and adults. Thus begging the question: what is co-parenting alliance and what does it mean in practice?

What is Co-parenting alliance?

To expand on co-parenting alliance, how it works, and its effects on daughters, Growing Girl spoke with Dr. Mark Trahan, a father to two young daughters, and Associate Professor at Texas State University whose research interests include fathering engagement and the use of technology, specifically virtual reality/augmented reality, to enhance paternal and social self-efficacy.

How Co-parenting alliance mediates the healthy growth of daughters

If we take the adults in the family, a co-parenting alliance goes hand in hand with positive communication strategies which allow for greater awareness of common setbacks and frustrations around how their children might react throughout different ages and stages.

Some positive communication strategies include remaining professional throughout the process. Keeping in mind that it’s about the child(ren) and communication regarding them should be seen almost like a business partnership. Boundaries and respect are important. This helps to minimize any potential conflict and keep communication to the point.

In terms of sexual risk-taking and its association with parental dynamics, this study scientifically demonstrated that [positive] “parenting may be associated with multiple benefits to teenagers’ sexual relationships – delayed intercourse and greater condom use, as well as greater sexual autonomy and an increased likelihood that sex will occur within a relationship.”

The study also determined that “the benefits of [co-operative] parenting may extend beyond helping teenagers avoid sexual risk, enhancing their capacity to have positive early sexual relationships.”

Any change to parents’ romantic partnerships such as a breakup can have a strong influence on the development of a child. When an unstable situation among parents impacts the family’s financial stability, it can affect children even more. A stable income can sometimes act as a buffer or a protective factor and counteract the effects associated with family instability. That said, children in households that maintain a more stable income after a situation of family instability may be less affected by the new changes. Parents can hire help or find other useful resources to maintain consistency in the child’s life. In the long run, this helps them cope with problem-solving better and it also helps to develop financial stability in their own lives as they grow into adulthood.

Long-term co-parenting effects on the development of girls

As for co-parenting and its effects, it’s safe to say that the long-term effects have a much different outcome on girls than on boys.

Research shows that girls are more likely to be influenced by family matters such as co-parenting behavior than boys.

Part of this has to do with the observation that girls tend to have a stronger attachment to their parents. Further studies have suggested that throughout adolescence and co-parenting challenges, girls are more likely to develop internalized problems such as anxiety and depression. Hence, why this study speculated that the links between paternal co-parenting behavior, attachment, and prosocial behaviors can vary depending on gender.

This study further found that, “though paternal co-parenting integrity was significantly associated with mother-child attachment and father-child attachment in both boys and girls, its association with adolescent prosocial behaviors was only significant among girls.” That said, this study demonstrates that since “girls seek for more relatedness from family and peers and draw more support from parents and peer resources, their prosocial behaviors would benefit more from these relationships.”

If we look at a father’s engagement during their daughter’s different life stages, the involvement of the father is vital within the first three months of life because it sets the degree of how confident he will be later. Without a doubt, dads that start early on with engaging with their daughters, and all their children, are much more likely to be engaged later in their lives, too. That’s not to say that dads will not get more involved at different stages of a child’s life. There’s not a total loss of hope if a dad isn’t involved with their two-month-year-old baby, although it is important and better if the father starts early.

Co-parenting alliance, while strongly associated with a father’s level of engagement, doesn’t imply that a parent can’t work well with the other parent as a team, even if unsatisfied with the relationship and it leads to separation. And hence, we turn to paternal self-efficacy next.

A father’s self-efficacy plays a major role in their involvement in a child’s life. In turn, a father’s involvement is a strong contributor to a child’s mental health, value systems, prosocial behavior, and long-term economic mobility.

Paternal self-efficacy is the competence and belief that one will be able to perform parental tasks successfully and so is a critical factor in parenting quality.

Studies have shown that increased levels of paternal efficacy are associated with an increased quality of parent-child interactions and consequently increased parental warmth and responsiveness.

Now, paternal self-efficacy as a theory can be divided into various dimensions like how a father finishes a task, to what capacity did he fulfil the task, his feelings throughout completing the task and witnessing the external world watching to see if he’s doing it in line with what people are expecting of him. This can be compared to paternal confidence but has a lot more to do with one’s capacity to engage in various ways as an involved father.

One father might feel extremely capable of doing ‘fathering’ tasks such as picking up his daughter when she’s crying or handling an urgent matter. However, dads develop more self-efficacy skills or feel more paternally sufficient when they have purposely engaged within the parenting realm. Essentially, the more a father does engage the more agency he has, and the more agency he has, the more likely he will continue to be engaged.

It’s like anything else in life, when people become more involved in something, they are much more likely to feel capable of doing it.

Mostly, it’s important for all new dads, young dads, low-income dads, and even dads that are incarcerated, to be involved at the early stages of their daughter’s lives. It’s equally important for both the daughter and the dad, as the more he feels involved and active in the initial stages of parenting, the more confidence he will have in his parenting abilities as his daughter grows.

Maintaining this type of alliance can be tricky, as egos can often get in the way, but can be achieved when parents work together as a team.

There are several dimensions to the way research studies this type of alliance. For instance, undermining is where one parent makes an important decision and the other contradicts it, which can cause a rift in a successful co-parenting alliance.

Maintaining a co-parenting alliance has a lot to do with how well parents make decisions together and how well they can move forward with the decisions that they make together. Some parents may be willing to prioritize their role as a parent instead of their relationship with the other parent, which is fine, but requires a great level of thoughtful consideration of priorities and openness from both partners.

How well do parents stay co-parents?

Children can be better off, even if their parents go their separate ways, if there’s cooperation between the parents which sets the tone for how they will be affected by the breakup, if one should occur. Parents need to recognize that better co-parenting will help their daughter’s emotional, financial, and social development. There are cases where the parents aren’t interested in working together or making decisions together, and when this happens,

the old rule applies: those parents shouldn’t talk negatively about the other parent to the child.

Because children pick up on the influences and vibes, which can negatively affect them further in life. Therefore, it’s worthwhile if the angry parent talks to a friend about the other parent if they have negative feelings they want to let out.

In conclusion, fathers will often take a lot of cues from the mother about how important they are in terms of being a dad. If co-parenting problems arise, dads can sometimes start to feel like ‘what’s the point’, but it’s important to get passed the idea that a dad’s input is not important and remember that dads do matter even when there are co-parenting differences or situations that are difficult.

It’s important to look at what is in our control. Believe in the qualities you do have as a parent. This doesn’t mean that you must be around the children 24-hours, 7-days a week. Make the time spent together important and engage with the child in interactive ways. Navigating your way through fatherhood and a co-parenting alliance can have its challenging moments. However, throughout the process, try your best to remember that your daughter’s well-being should be the priority. Not only will she benefit from your efforts but, so will you. 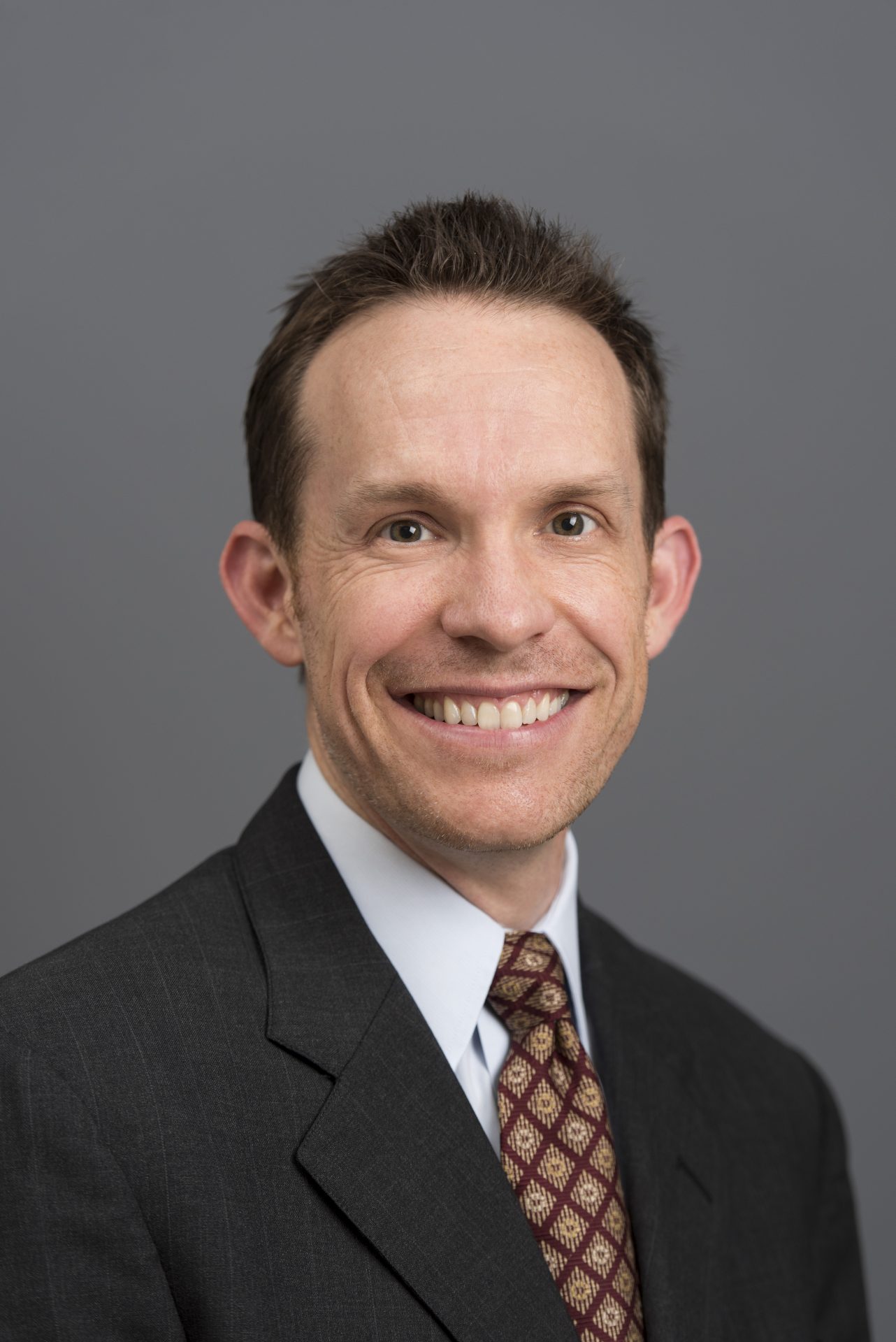 By I Have A Daughter
Co-parenting alliance, Cooperative co-parenting, Dads, daughters, Healthy development