Grieving my daughter who is still alive: This is Craig’s story. 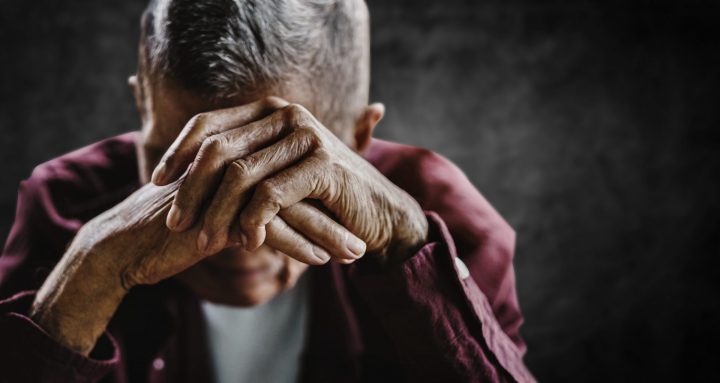 Craig H. hasn’t seen his daughter, Emily, in almost ten years; a fact, he assures me, he would change if he had any power to do so. When he and her mother separated, it was far from amicable; and while he was granted partial custody of both of their children, his ex-wife saw to it that his attempts to see Emily were thwarted every time. She made it known Emily had no desire to see him and she would make sure she never did.

The last time they actually met in person was two days before her eighteenth birthday; both big John Lennon fans, he’d planned a trip to NYC for them together to visit the Strawberry Fields section of Central Park, but about a month before the trip, she called it off without giving a clear reason why. He let her know that he still had something else for her: a car he’d planned to give her when they returned. When she came to his place to pick it up just before her birthday, she accepted it without any display of emotion and left after barely exchanging a few words with him.

“I don’t know what her mother told her, but whatever it was, it was dark enough, heavy enough that she shut down completely. I couldn’t reach her at all.” he told me.

She couldn’t even look at me. We went from being allies to being total strangers—or worse. I could feel she saw me as the enemy.

He later learned from his son that on her birthday she did fly to NYC after all but with her mother to take that trip he’d planned for her. Growing up, Craig says, he and Emily were virtually inseparable; her mother worked the late shift then, so he’d wake up early every weekend and take her on an adventure: 52 weeks a year, for at least 5 years, they’d leave the house by 9am Saturday and Sunday, and not return until after dinner. On those days, they did everything from hiking in nature to going to the opera, museums, football games, theater, and lunch at a different place as often as she liked. On these excursions together,  Emily would open up to him, come alive in a way that on most days, he didn’t see her do; by nature, he tells me, she has always tended toward being submissive, uncertain of the validity of her own opinions and preferred to follow someone else rather than trust her voice to lead.

At 27 now, Craig says his son tells him that she’s still hesitant and yielding in most situations. According to him, she also has yet to be in relationship of any kind and hasn’t even so much as held hands with a man since high school. He worries what her tendency to isolate and inability to connect will mean for her future—-even if, as he suspects, he never sees her again.

He admits that while he still thinks about her every day, he has tried to distance himself from it due to the pain it causes him to do so.

“I spent years fighting to try to find a way to reach her, to the point it became poisonous for me.”

“Of course I pray that one day she will find the strength to face me honestly and hear me out so she can decide for herself who I really am, but I can’t hold my breath that this will happen. For now, I try to just be grateful that I know she’s healthy and alive. I don’t have to go and put flowers on her grave like many of my friends do for their children. If she can turn into a good human being and enjoy her life, that’s what matters most.”

By I Have A Daughter
dads of daughters, estrangement, grief, loss, single fathers