How our daughters humble us 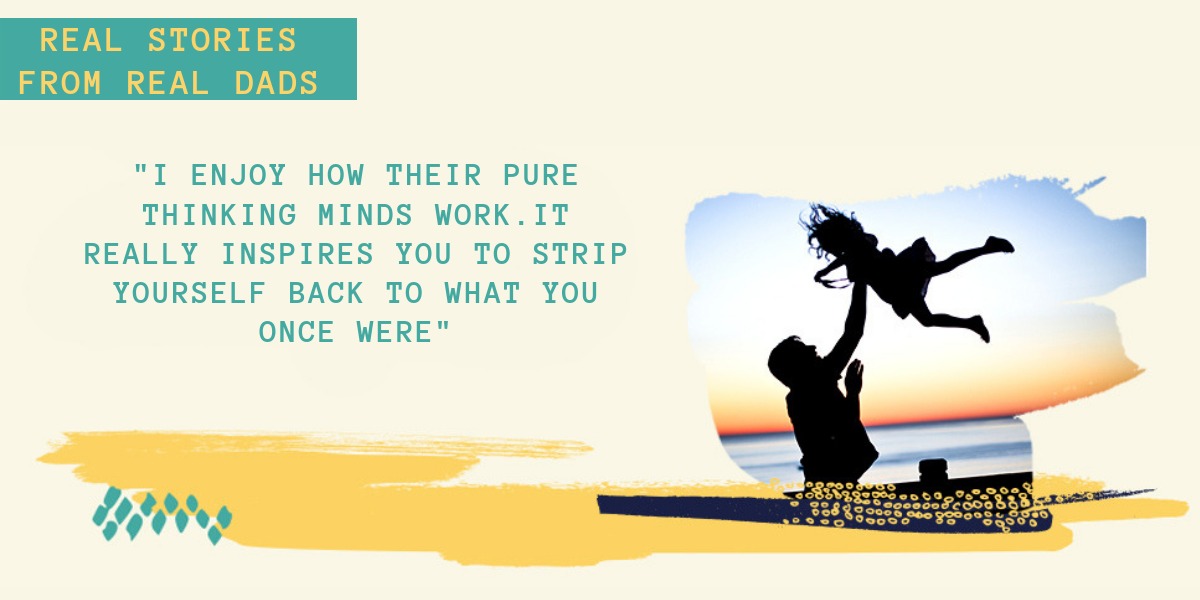 Nikko F. insists that, as unlikely as it may sound, he has actually never been annoyed with either of his daughters. “It’s just not in me,” he grins. “Whenever there’s something we don’t agree on, we sit down and talk it through.”

I’ve given them both a lot of freedom growing up, which has included encouraging them to be completely straightforward with me.

“One of the most important things for me has been to show them how much I not only love them, but also like them, as individuals with personalities of their own, even when we don’t see eye to eye. I want them to each have a strong sense of self and to know that no matter whether they’re right or wrong in any given situation, it’s an opportunity to go to the next stage, and I won’t ever judge them. Listening to them talk through why they believe something will always be a joy for me.”

Both of Nikko’s daughters—Angela, 18, and Aleona, 10.5—are profoundly artistic, creative spirits, he says, which makes his relationship to each of them deeper and more nuanced than he ever could have imagined. For Angela, art is a way for her to express emotion and her inner world. She is an extraordinary singer who enjoys painting, drawing, and film, which she intends to pursue in university through either directing or cinematography. “Angela is one of the most amazing human beings I’ve met of any age,” he tells me. “It’s incredible what she’s been through, adapted to and survived. She was born 3.5 months early and had to spend weeks in an incubator.

My break up with her mother when she was young wasn’t easy on her, as I moved to Greece, and for a short while we didn’t live in the same city; even though I visited every month until they moved to Athens, when you leave, you leave. Children only understand that you’re not there.

“In her lifetime, she’s suffered intense periods of hallucinations, anxiety, depression, a hell of a lot, but she’s a true fighter and today is this beautiful, bubbly, energetic human being with so much zest for life. And we’ve never been closer—no matter how much we see each other, it seems like there aren’t enough hours in the day to make up for the time we lost.”

Whereas Angela creates from emotion and the need for self-expression, Aleona, however, does so from her desire to make and build the things her imagination conjures. She’s won a number of art competitions already, including one where each participant was asked to make a hat. “You’ve never seen anything like Aleona’s hat, seriously,” he laughs. “The only traditionally hat-like thing about it was you could wear it on your head.” He goes on to describe Aleona as his personal stand-up comedian whose humor and exuberance move him to play as well. He revels in creating stories with her and then acting them out together. “She inspires me to let go,” he tells me. “I’m not like this with anyone else, but for her, I’ll always be Peter Pan.”

Nikko has been completely transparent with his daughters about his life thus far—both the good and the bad—and always intends to be. Raising them both has been a wonderful and humbling experience.”Their undiluted spirits, their capacity for learning, loving, understanding is out of this world,” he marvels. “It makes me wonder if I was ever like this. I certainly can’t remember it.”

You don’t realize, as you get older, all the assumptions you hold true about life. My daughters have yet to fall over this precipice of assumptions and so I just get to enjoy how their pure thinking minds work. It really inspires you to strip yourself back to what you once were, before it was molded and shaped by society, and start your thinking all over again.

Telling the whole story, for me, is one of the cornerstones of unconditional love,” he says. “I’m obliged to let them know I’m fallible. You do your children a disservice if you don’t give them the benefit of these lessons—while passing on the joys and great things you’ve been through as well, of course.

I consider sharing the mistakes I’ve made with my children one of the best things I can do for them.