Boost versatility in girls to solve problems on the spot 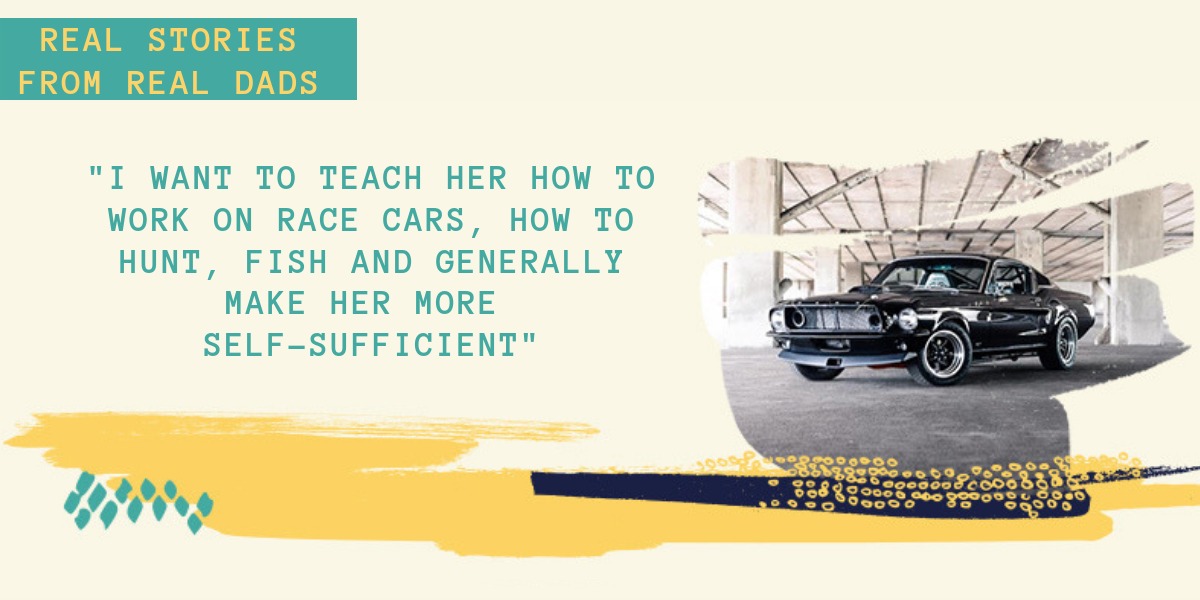 Dino T. already envisions his 11 month old daughter, Victoria, standing beside him as he works on his old muscle car. For him, there’s no need to separate the stereotypical girl hobbies from boy hobbies, or, for that matter, parental hobbies from children’s hobbies.

Working on cars is something he has loved for as long as he can remember. He wants to show his daughter why, so she can make up her own mind if she wants to go further with it and to know that being a girl has nothing to do with that decision.  “Think about it,” he tells me. “When you’re a kid, it’s not like you look at your mother or father deeply engrossed in something and don’t feel at least a little curious about it.

I want to expose Victoria to the things I love as soon as I can and look forward to her doing the same.

My parents always took an active role in learning about the things we were interested in growing up and because they did we were able to do more together.”

Beyond just a desire to further their bond through a shared activity though, Dino feels that teaching Victoria how to work on race cars, how to hunt and fish, will also make her more self-sufficient. He wants to know she’ll be able to capably assess risks and be adaptable enough to try a variety of solutions when something unpredictable arises, no matter what area of her life it occurs in. Honing this trait has been essential for him both in mastering his beloved hobbies and excelling in his chosen career in construction. “It doesn’t matter the magnitude of the project, whether it’s 50,000 dollars or 5 million,” he says.

Something you can’t predict what’s always going to happen and you need to be versatile enough to come up with solutions on the spot.

Dino hopes that by teaching Victoria these things early on, she will be able to predict what’s coming before the issue actually materializes, and it will put her ahead of the game.

The more resourceful she is, the easier it will be if she wants to suddenly change course—whether it’s with what she’s studying, or in her professional or personal life.

“I’ve seen so many people reach a point where they want or need to change direction and become completely paralyzed to do so,” he confesses. “I plan to help her avoid that. I want her to be knowledgeable and confident enough so she never feels ill-equipped to go after what she really wants.” Dino also intends to be as open and honest as he can be with Victoria about his past experiences so she won’t feel ashamed to discuss any difficult situations of her own. He cites the example of being previously married, a topic which most people tend to shy away from in the Greek community where he lives in Montreal. He’s not ashamed of it though, and believes that by sharing this story, if she comes to him to discuss marriage while still quite young, for instance, it might help her to reassess her priorities and consider his experience to see if she finds any similarities. Ultimately though, he knows it’s her choice to make and would respect whatever she decides is best.

I trust my own choices, he says, And I intend to do whatever I can to help her feel the same way. So even if something does go wrong, or breaks, she won’t fall apart, and instead, start thinking of all the ways she can go about fixing it.