Teaching girls the meaning of affluence 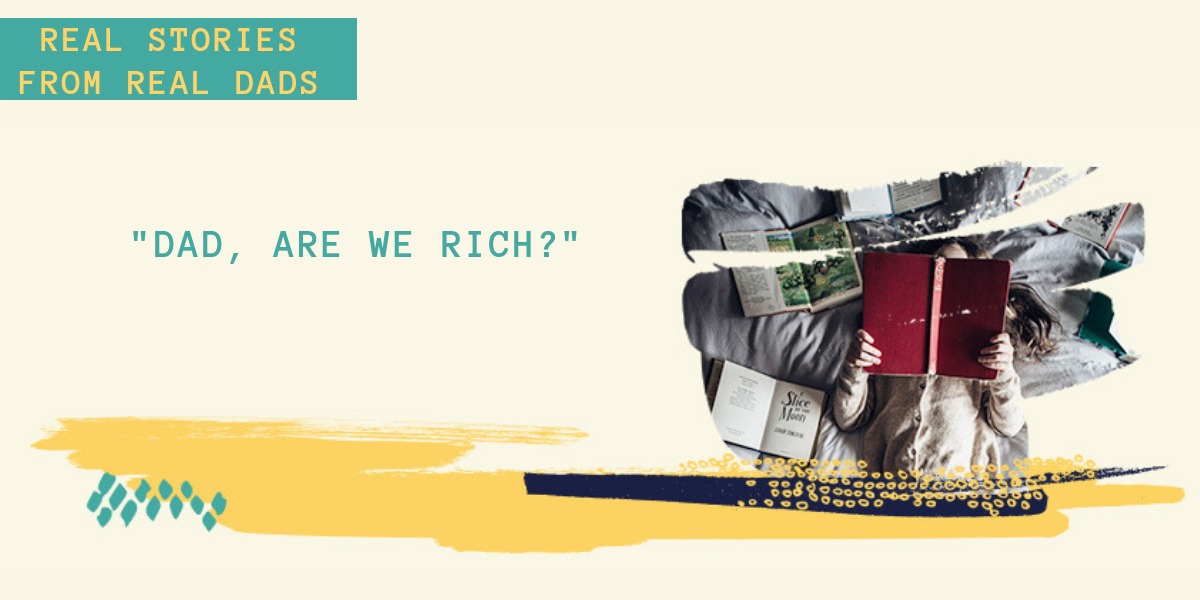 Dean turns to look at his daughters, Olivia and Christina, who watch him expectantly from the kitchen table.

“Let’s understand what rich is and we’ll decide together, ok?”

He pulls out a chair to join them.

“Do we lack anything we really need?”

The girls shake their heads.

“Are we generally happy with good friends and family around us?”

Now, could we have more money? Sure we could. That’s why we work as hard as we do, to make sure you’re both well provided for.

Being rich is about a lot more than finances though; it’s also about your level of happiness, love, how much time you spend together, and how well you feel supported. We have a healthy balance of all of the above.

To Dean’s relief, both girls seem satisfied, for the moment, and return to their homework. “I was shocked to realize they’re thinking about these things already,” he admits to me. “Olivia is 11 and Christina is only 9. A few weeks ago, when we had a birthday party for Christina, I overheard several of her friends comment that her house was bigger than theirs. What do you say to that? I had no idea this would be something they’d discuss. Boys at this age don’t care about that stuff at all. They’re just happy if they have a ball to throw around or a game to play.”

Dean realizes social media undoubtedly plays a role in all of this by attempting to define who is rich according to celebrity standards of affluence.

he says. “Could I censor more of what they see? Sure, but when I do go back and check their browser history, I never find anything that alarms me. They mostly just watch YouTube tutorials. Olivia is more artistically inclined and loves videos about drawing, whereas Christina enjoys watching people play video games or perform science experiments. They’re both good students, do their homework without needing to be asked to, and go to bed and get up earlier than even me and my wife do. Naturally, some of what they see will raise questions, but I think it’s better that we’re talking about this stuff than avoiding it.”

One lesson Dean tries to impress upon them is to avoid multi-tasking and spreading their attention too thin among their varied interests, despite how commonplace the behavior has become. He leads by example; when they’re doing something together, his cell phone stays in his bag or on the desk. If it does ring, or he needs to send a message, he’ll let the girls know. “I want them to have my full attention when I’m with them,” he tells me.

There’s this idea that multi-tasking is such a great asset these days, and I just don’t agree. I believe in doing one thing at a time, doing it well, and then moving onto the next.

There’s this idea that multi-tasking is such a great asset these days, and I just don’t agree. I believe in doing one thing at a time, doing it well, and then moving onto the next.” When I ask him what he’s learned from his daughters, his answer surprises me. “Structure,” he laughs.

“Though I know it sounds odd to say. Being self-employed, I don’t have one imposed upon on me, like you would in a traditional work environment, so I have to negotiate my own. It seems to come naturally for them, though. They wake up at 6 every day, make their own breakfast, and do what they need to do to get ready for school. When they come home, they do their homework and are asleep by 8. I admire their drive to adhere to what they know works best for them. Even when I tell them it’s okay to stay up later, they disagree, explain they’ll be tired tomorrow and it will throw the whole day off. I have stopped trying to convince them it’s okay to sleep in late sometimes too.

Right now, I’m just grateful they have such a strong work ethic and are weighing the consequences of their actions so early on.”

By I Have A Daughter
affluence, critical thinking, setting priorities, social media, structure, trust, what daughters can teach their parents, work ethic