The art of being present and accessible: just show up, consistently. 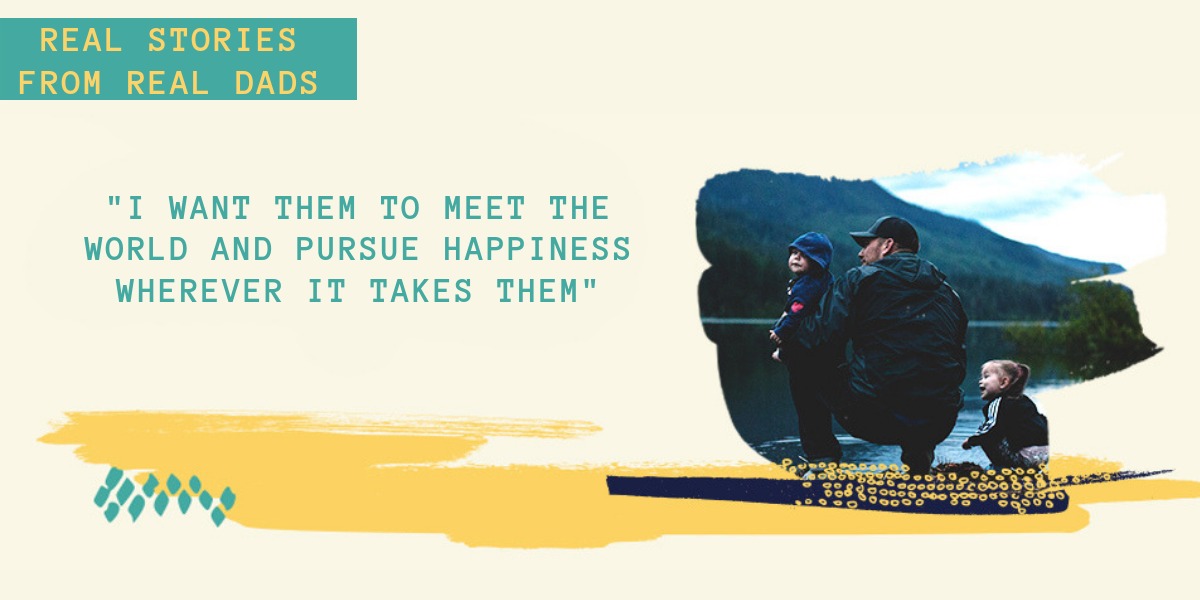 Demos F.’s twin daughters, Christina and Maria, are 4 1/2 years old and this is their first year of school. “We opted out of preschool,” he tells me. “My wife wanted to stay home with them as long as she could so she chose to teach them herself. The girls loved it, and I have no doubt it was a gratifying experience for all of them, but the transition has not been easy.” Demos tells me that when his wife first went back to work, the girls were devastated and accused her of caring more about her job than about them. Neither of them liked the idea of kindergarten or understood why the program they liked already had to change.

“When we’re with them, they don’t like us to do anything else. Even if I read my emails while they’re playing together, they’ll notice right away and call me out. If I’m distracted, or have something on my mind, they can tell and I hear it. They’re slowly coming around to the idea that we do have other things we need to take care of, but it’s still with the thought that it shouldn’t take very long and we should be ready to do what they want after.”

While there are less arguments and stalling while getting ready for school in the morning, Demos says they’re still not happy about going and once they’re there, hardly say a word to anyone. “It’s the strangest thing,” he says. “When I take them to the park, they’ll often see children in their class and there they’ll talk, play, laugh, the usual stuff. But at school, with the very same kids, they won’t say a word. The first day they came home, they asked us why the other kids were so loud. They called them savages!

Both of them are used to the gentle flow of a conversation, speaking when it’s their turn, or when there’s a gap and they feel comfortable filling it. At home, Christina never stops talking, and though Maria is quieter and channels her energy more into painting, she’s still engaged. At school, however, they claim the other kids don’t give them a chance to speak and they prefer not to yell over anyone. Even when I come to pick them up, they’ll barely say a word until we’re at least a few blocks away from the school.”

Demos worries about their hesitancy to share, even when the circumstances are less than ideal, and the repercussions it could have if they don’t find a way to make themselves heard. “I want them to meet the world,” he tells me. “As soon as possible. This is wealth to me; the things you share and the memories you make doing so. Discovering yourself and then fighting for what you want to do about it. A wide range of experiences is what makes you rich.

I know they’re young, and they have lots of phases to go through, but it’s still a struggle not to worry when I see them hold themselves back.

For Demos, being a good father means being present and patient, through whatever they come up against, and doing his best not to dictate how their lives will unfold. “I want them to know I’m there, even if we don’t always agree. If they don’t feel like I’m easy to access now, that won’t change as they get older. The only way they’ll know they can count on me is if I consistently show up. This doesn’t mean I’ll give them everything they ask for—even if I could afford it, I wouldn’t do it. It just means I’ll be there to listen and help find a solution. Even if I disagree with a behavior or something they eventually decide to pursue. I left Greece to go to grad school in the US; my mother didn’t approve at all, but she let me go. I am a completely different person as a result of that experience and will always be grateful I went. I want them to pursue happiness wherever it takes them.”
By I Have A Daughter
consistency, coping with transition, do your best, patience, presence, quality over quantity, show up, twins