The Black Father-Daughter Relationship in the United States: Facts and Fiction 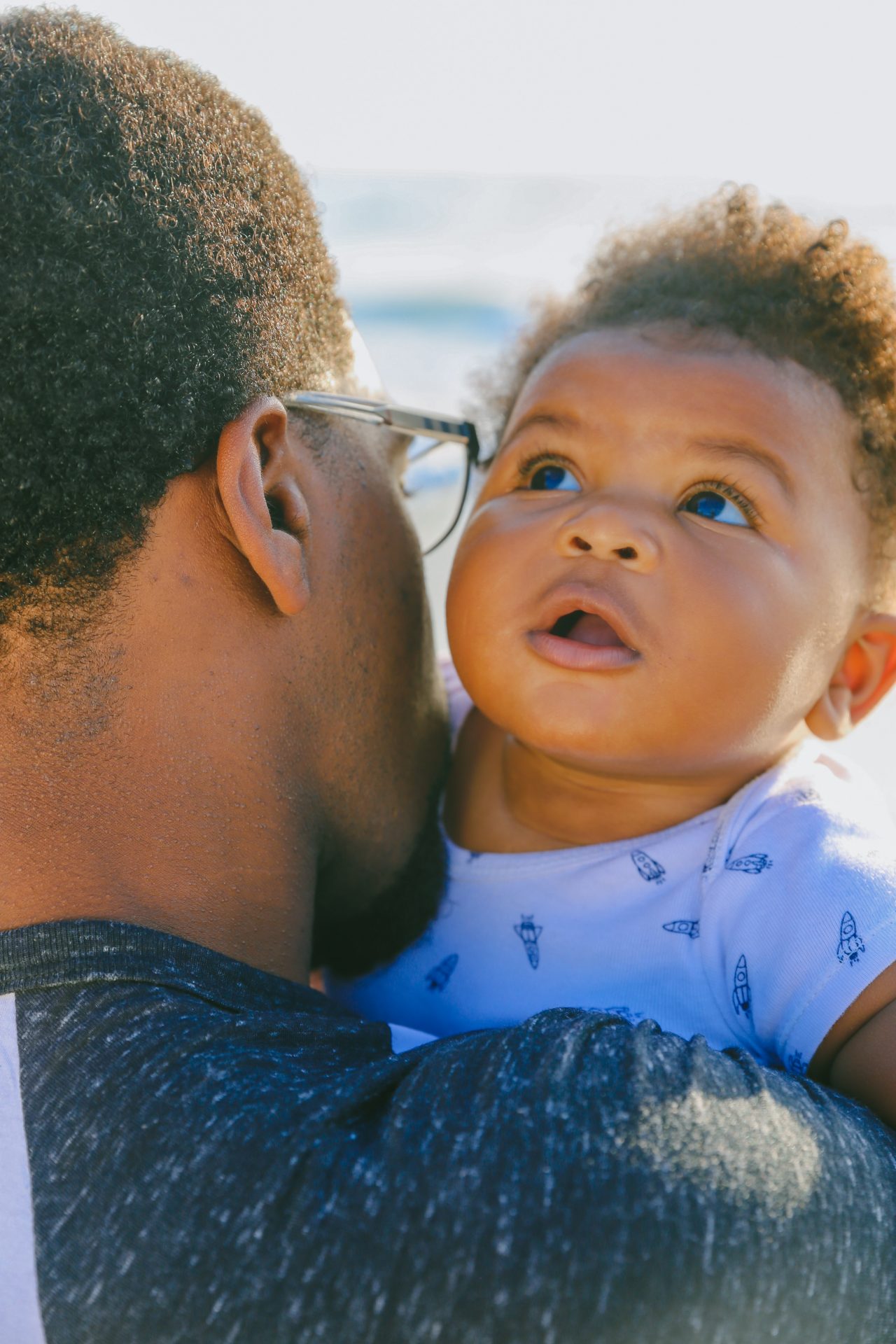 Single mother households make up 64% of Black or African American families, and while we often hear of the adverse effects of single parenting on children – and more specifically girls – is it fair to assume that the daughters of non-resident fathers will fair worse compared to the daughters raised in a two-parent household?

Disclaimer: Data driven research into resident and non-resident Black fathers and the extent of their involvement in their daughters’ lives is still in its early stages which means we are unable to make any type of assumption or conclusion about a father’s absenteeism and how it impacts his daughter’s childhood or development. We do however acknowledge that myths around fatherless families within the black community exist, and this latest article in the Growing Girl column aims to highlight the facts and dispel the fiction around father engagement within black communities in the United States.

To get a clearer and more accurate representation, we spoke with Marquitta Dorsey, Ph.D., MSW, MBA and Assistant Professor at Loyola University Chicago – School of Social Work, whose work focuses on leading empirically-driven investigations into the black father-daughter relationship dynamic.

It’s crucial to acknowledge the fact that there is no longer such a thing as the ‘typical family’.

“And just because dads may not physically reside in the home, this doesn’t mean that they aren’t present in their daughters’ lives. My research has demonstrated that within the black community fathers see themselves as important in their children’s lives.” Looking at the numbers at face value, it’s been shown that race and ethnicity are strongly associated with the likelihood that a father will live apart from at least one of his children. In 2011, a study by the Pew Research Center found that 44% of black fathers live apart from their children, whereas a more recent 2021 study points to over half of African American children growing up in single-mother headed households.”

The idea of fatherlessness in black communities within the U.S.

The idea of fatherlessness, albeit a notion often misconstrued, began in the post-civil rights era where numerous obstacles impeding on the structure of black families were brought to the forefront – poverty, covert discrimination, and unequal treatment. Additionally, these barriers became more evident following the 1965 National Report by then Senator Daniel Moynihan which emphasized the increasing number of families headed by black mothers. As a result, a body of work had begun to emerge to measure the impact on child development when fathers are not accessible. One such impact often cited is a father’s absence and how it can lead to the early onset of sexual activity in his daughter.

Dr. Dorsey notes that such generalizations can be dangerous and best to steer clear from. While many other factors come into play including the mother’s education or the mother’s age of sexual onset, the early sexual activity of girls is not a matter of having unresolved “father issues” or a need to fill some emotional void. Having a mother who gave birth as a teenager or a mother with only a high school education have been found in previous research to be predictors of early onset of sexual activity, unplanned teenage pregnancies and risky sexual behaviors in girls. As previously mentioned, “there is little known about whether growing up in a home with a Black father does in fact exclusively reduce his daughter’s engagement in risky sexual relationships or prevents her from experiencing an unplanned birth during adolescence.”

Today, thankfully, there are data sets such as the National Survey of Family Growth which quantitatively explore a father’s engagement. In addition to these large data sets, there are equally exploratory studies that examine father engagement among black families.

For instance, data shows that black fathers, irrespective of whether they live within or outside the family home, are more likely than White or Hispanic fathers to, “feed or eat meals with, bathe, diaper or dress, and play or read to their children on a daily basis.”

This finding is further reinforced qualitatively by Dr. Dorsey who examined the responses and perspectives of adolescent and young adult women, who, through semi-structured interviews, shared their experiences about their fathers, the impact, and roles they’ve had in their lives and how that may or may not have been a catalyst for their sexual health decisions. This study is currently under peer review.

It is worth mentioning though that Dr. Dorsey did find similar findings in her paper to those by Langley in 2016 on whether the presence of a father figure mattered to sexual behaviors among socially and economically disadvantaged black adolescents. Indeed, “adolescents who reported having a present father figure also indicated lower rates of sexual debut than adolescents who reported not having a father figure” however it’s worth reiterating that many other contextual factors could also be at play in this relationship.

Over the last two decades, as researchers have begun to dive deeper into black fatherhood in the United States, what’s been discovered is that much of the literature that is available regarding fatherlessness, doesn’t apply exclusively, and often times not in the least to black fathers. Findings show that just because a black father may not reside in the single mother household, many are still actively engaged in the lives of their children.

Further, what’s becoming more apparent is that just because a black family might not be structured in a way that’s generally considered to be most beneficial to a child’s development according to older research, it’s not fair to suggest that black daughters are growing up without a father’s involvement in their lives, when research gaps are apparent.

Further research on father-daughter relationships will give us a more accurate understanding of the role of black family dynamics and contextual factors on children, or more specifically daughters.

What does paternal investment really mean?

Historically, due to the non-traditional structure of black families, often brought on by various systemic factors such as fewer resources and unemployment which may strain the bonds of family relationships, Dr. Dorsey emphasizes the lack of research literature that looks at how black fathers are involved as non-residents despite systemic barriers. As a result, this does not form a particularly clear picture about how differently non-resident investment impacts a daughter’s development. And with that said, there are many opportunities to build on existing research questions which is why we want to understand how paternal investment works when fathers are out of the home or if they’re away for a range of reasons – neither being likely to impede on a father’s love or interest in engaging with his children.

The myths around “paternal absence” among the black community in the U.S.

One misconception is that if a lower income black father living in a mostly black neighborhood doesn’t live in the home, then that means they’re probably not involved. Researchers are now examining the investment, role, and types of engagement of black fathers, and are finding that black fathers are sometimes even more involved than fathers from other racial or ethnic groups. However, more work lies ahead to fully understand the types of father involvement or investments that are most important for healthy child development for daughters, seeing that research is now gradually moving away from studying the traditional family structure.

Dr. Dorsey states, “We have to rethink the [traditional family structure] model because there are many people that are doing very well that have been reared in homes that don’t fit the traditional model. There are young girls and women that are thriving outside of that traditional structure.” Dr. Dorsey continues, “When thinking of the father’s role, we should be thinking about what we are missing in the literature and fortunately more researchers are interested in understanding this phenomenon than have been in the past.”

Within the United States, there are fatherhood programs and initiatives that have gained significant attention over the last decade. The ‘My Brother’s Keeper’ program for example was established under the Obama administration and many agencies across the nation have had the opportunity to engage in very concentrated fatherhood efforts to support dads as well as understand some of the issues that might not be discussed in an open forum. Many community agencies based in urban settings such as the Center for Urban Families and the National Responsible Fatherhood Clearinghouse offer support to families and fathers. These agencies are often active in areas with a larger black community where fathers are better able to relate to one another.

There isn’t a manual for parenting so trying to figure out how to parent in the current social and political environment, where so many odds are against parents, that alone is a research study in itself.

What we do know is that just because a Black father might not live in the home or the family structure may not be traditional in scope, that doesn’t mean that the father isn’t positively engaged in his daughter’s life. There remains room for continued research about various factors related to the black father-daughter relationship, as well as how his presence within the home matters to a daughter’s wellbeing. Future research should aim to fill these gaps with new evidence of what a black father-daughter relationship dynamic might look like in the U.S., and how it matters to his daughter in her adolescent, and young adult years. 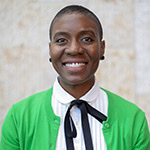 Dr. Marquitta S. Dorsey is an Assistant Professor at Loyola University Chicago, School of Social Work. Her research examines the role of contextual factors, such as family, community, and social systems, to the sexual and reproductive health decisions of Black adolescent and young adult females. Dr. Dorsey expects this research to inform theoretical frameworks and interventions aimed to serve the needs of Black adolescent and young adult females. Dr. Dorsey received her Ph.D in Social Welfare from the University of California, Los Angeles Luskin School of Public Affairs; and a Masters of Social Work from the University of Southern California Susan Dworak-Peck School of Social Work.