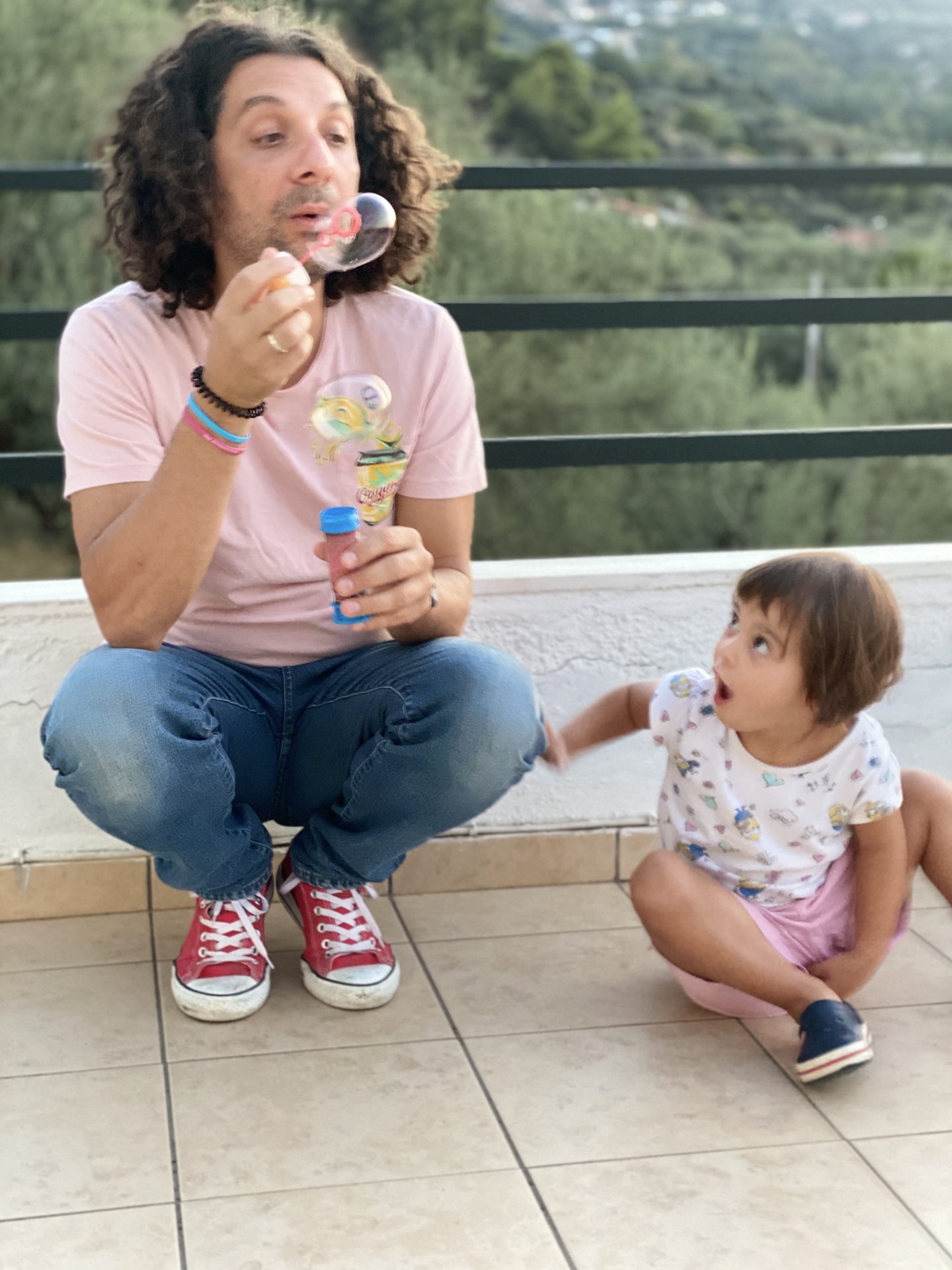 Yiannis K. is the kind of father who strives to avoid the stereotypes associated with raising a young daughter. Oleia, two-and-a-half, is not dressed head-to-toe in pink nor does she only have dolls to play with; in fact, he tells me, his older son’s toys, like trains, balls, and Legos were what he introduced to her first since they were already in the house. As a result, Oleia is already adept at using her imagination to construct things and seeks opportunities to do so during playtime.

“And if she sees one she really likes, we’ll buy it for her. But it’s not the only thing she has her eye on in the toy store and that’s what we wanted. I want her to grow up without thinking about what she’s supposed to typically like as a girl and give her the freedom to explore everything that’s out there so she can learn what she’s really interested in.”

An IT engineer himself, Yiannis confesses that he secretly hopes one day Oleia will be interested in pursuing software engineering too—a field that desperately needs more female voices and developers in it.

Too often, he believes, women grow up seeing defined roles in their households and existing within these certain stereotypes which can evolve to become limitations when they go on to choose their careers or explore forms of self-expression if left unchecked. His goal is to make sure Oleia feels independent and confident enough to do anything a man could and not allow anyone to convince her otherwise.

She watches me do all the same things my wife does—cooking breakfast, cleaning, getting them ready for school in the morning

“We take turns depending on what we each have going on with work, which is how it should be. It’s important that she sees this dynamic because no matter what I tell her about how it should be, it’s the example we set that will have the most influence.”

Furthering the idea of teaching by example, he says when he’s with Oleia, he tries to put his phone away to be fully present in their time together. This, he says, is because he wants her to develop a healthy interest in what technology and digital connections can offer her while also realizing it’s no replacement for a meaningful interaction in real life happening right in front of you.

“All you can really do is think about how you want to prepare them for it. For me, this is making sure that Oleia’s value and self-worth are steady inside her so she isn’t going onto social media looking for validation from likes or comments, making this the epicenter of her life. We’re in a losing battle with how our kids will use this medium, there’s no question about it; rather than try to restrict it though, I think, as a father, my time is better spent equipping her with the qualities she needs to navigate it with ease so she knows she can take what she wants and leave the rest.”

By I Have A Daughter
dads of daughters, fatherhood, girls in tech, I have a daughter, raising daughters, STEM