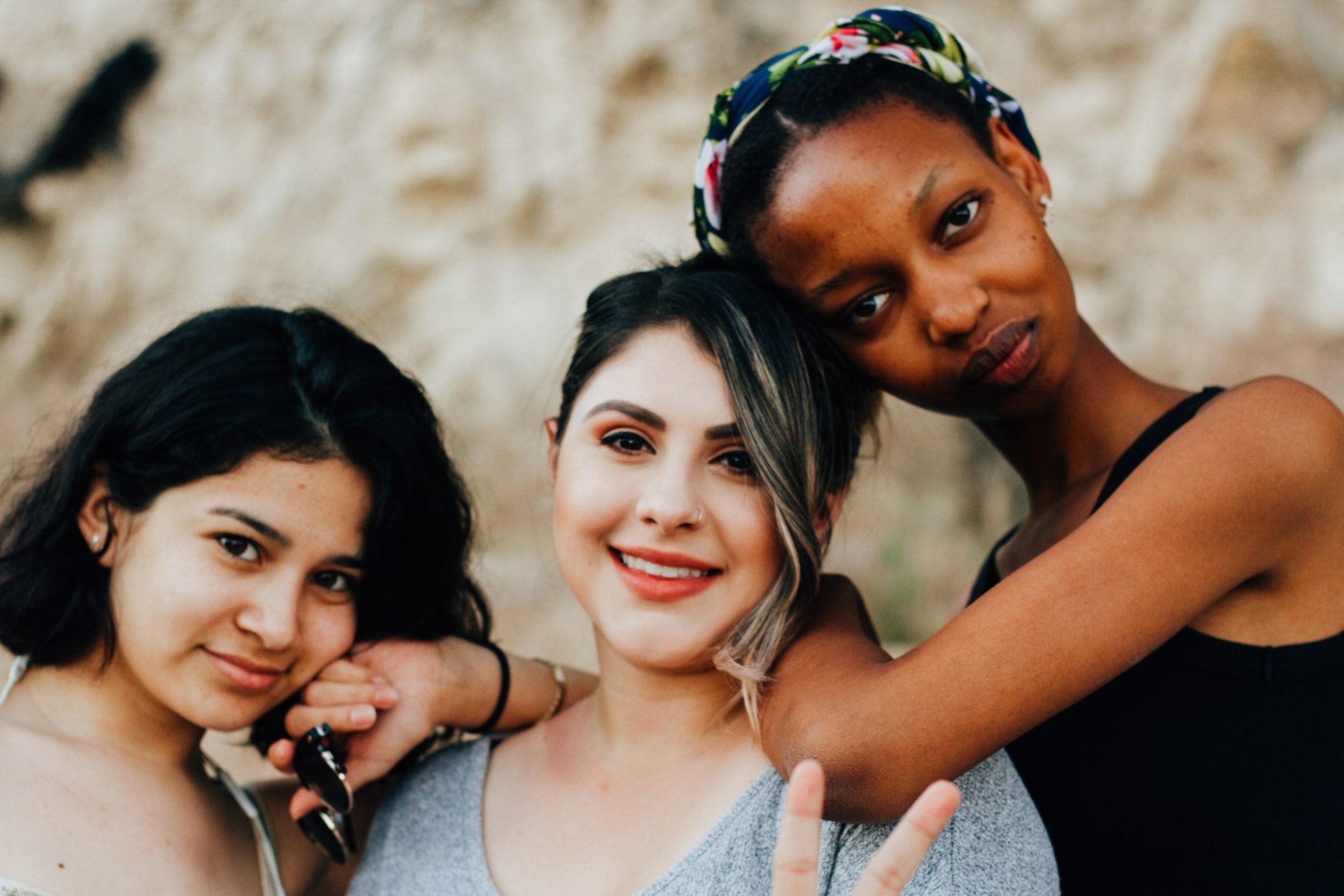 A common concern often raised by the Dads of Daughters community is ‘How can a dad guide his daughter during this period of confusion, chaos, and change – also known as adolescence – in a way that helps her progress into a capable, strong, and self-confident woman?’

There’s no magic answer. Growing Girl sat with Dr. Martina Britsa, MD, with 30 years of experience in Clinical Psychiatry and Family Therapy, who explained female puberty in brief and, more importantly, expounded on the significant role of dads in guiding their daughters through this turbulent life period. Female adolescence is a transitional stage of physical and psychological development. For girls especially this stage is ripe with physical, hormonal and behavioral changes that are more pronounced compared to boys.

As a general rule of thumb, adolescence in girls starts at around 12 years old and lasts up to 18, although the age bracket may vary by  +/-5 years. The first thing for dads to accept is that this transition can be extremely difficult for their daughters.

Physically, changes include developing breasts, the appearance of pubic and underarm hair, and the start of menstruation in which the monthly period begins. Girls’ bodies become curvier and they will usually gain weight in the hips and breasts. As such, anxiety and feelings of nervousness about their physical appearance sets in; at the same time they are also attempting to navigate the new adolescent ego. How dads can promote body positivity and self-acceptance is discussed further below.

Hormonally, moods, emotions, and impulses fluctuate because hormones such as estrogen, progesterone, and testosterone, also fluctuate. Some girls might feel overly sensitive, lose their temper, or get angry with their friends and family for seemingly no reason. This is normal and should not be seen as cause for concern*.

On a behavioral level, girls wave goodbye to their childhoods, a period of time in which life was mostly safe and consistent. This initial unpredictable encounter with adulthood, and the changes they experience during it, can be dramatic and scary for them. As a result, it’s common for teenage girls to feel rejected by, embarrassed about, and shy around their developing female bodies, as well as some unfamiliar and confusing romantic and sexual feelings for other adolescents who, up until puberty, had just been friends. All of this may motivate some girls to seek ways to cope with this new realm of uncertainty. Identifying and naming emotions is one example of a positive coping skill that a father can help his daughter foster. And these rapid physical, hormonal, and behavioral changes also stir up uncomfortable situations and embarrassment for dads who equally seek ways, whether constructive or destructive, to deal with their daughter’s shifts into womanhood.

The father-daughter relationship starts from day 1.

It’s essential to keep in mind that the relationship between a father and his daughter starts from the day she’s born and will not take shape, out of the blue, during adolescence. When the foundations of a positive father-daughter relationship exist from the start, elements of trust and acceptance are already established which will more easily make room for possibly difficult discussions, reflections, and understanding.

The key question here is: how has the father-daughter relationship evolved up until this current period of adolescence?

A father’s rigid idiosyncrasies or underlying mental health problems, and a lack of connection between a teenage girl and her father, will not only stifle a father’s ability to cope with his growing daughter, but also his daughter’s own ability to productively cope with the abrupt physical and psychological changes that make up the reality of puberty.

Girls of all ages, but especially those in the adolescent years, need a father figure that shows unconditional love and acceptance. She will then be able to rely on this love and acceptance to encourage and guide her through this challenging time.

So what can dads actually do to help, and what should they steer clear from doing?

– Allow your daughter to feel her insecurities, anxiety, and growing pains, and let her make mistakes. This is how she will learn to accept and ride out uncomfortable feelings, in addition to valuing, instead of shying away from, taking calculated risks.

– Take up a hobby together. This will demonstrate that you believe in her skills and capabilities, and value her contribution.

– Share stories from your childhood and adolescence, including romantic experiences. Sharing sexual advice will empower your daughter to take ownership of her own sexuality and relationships. Tip: Although it might seem awkward, it is healthy practice to use correct terms such as “vagina,” “breasts,” “menstrual cycle,” “period” and “sex” when educating your daughters, instead of words like “private areas” or other commonly used nicknames for body parts.

– Express verbal and non-verbal signs of love. Don’t hesitate to give hugs, kisses, or affection, as much as you did when your teenager was still a little girl. When you offer compliments, make sure they’re specific and genuine. For example, comment on a good grade on her exam, how cool her new hair cut looks (you have to believe it, otherwise don’t say it!) and never comment on her weight – instead focus on her skills and abilities and what she’s good at.

– Remind yourself that fathers and father-figures are tremendously influential in the development of girls’ self-esteem, and the father-daughter relationship will shape the image she creates of her current, as well as, future self.

– Don’t be an authoritarian father that only preaches about life and its hardships. Or worse, don’t disappear from this part of your daughters’ life at this difficult time, leaving the work of guiding your daughter through puberty to her mother because it’s a ‘woman’s issue’.

– Don’t talk poorly about women or call them derogatory names. When fathers show respect toward women, this sets the example for what their daughters should expect from their future relationships.

– Don’t endorse an “I know everything and can fix everything for you” attitude. Instead, allow your daughter to make mistakes and problem solve on her own, and let her know you’re there to actively listen, non-judgmentally, when she needs someone to speak to.

– Don’t use gendered cliché statements like, “Don’t worry, girls aren’t good in math,” or believe that girls can’t be taught skills stereotypically taught to boys such as fishing, hunting, or changing a tire. When fathers give the impression that their daughters are not capable in some manner, their daughters very quickly internalize this.

– Don’t resist her need for independence in the hope that she will always be your little girl as this will hinder her personal growth.

The father-daughter dyad and its major advantage

The mother-adolescent daughter relationship is very often fraught with conflict and intense arguing. This presents opportunities for dads to step in as impartial negotiators to help ease the tension between mothers and daughters and possibly prevent arguments from escalating. And fathers can offer to be a sympathetic ear for their daughters when girls do not feel like talking to their mothers. However, dads need to be careful not to loosen the boundaries and undermine the mother’s authority, especially because when a strong father-adolescent daughter attachment relationship exists, daughters are more likely to negotiate calmly with their dads. It helps even more when dads shows empathy and offer valid arguments to back up their decisions.

A final note on how dads can promote positive body image when their daughters are subjected to intense pressure to acquire perfect bodies, as defined by the external culture.

Fathers should openly talk about body image and the fact that things like weight gain are a normal part of development. Next, model the behavior you want to see. When dads engage in healthy eating and exercise, for example, daughters are likely to follow suit. Avoid using language such as ‘fat,’ ‘thin,’ or ‘diet.’ As mentioned, when dads give compliments, they need to be honest, backed by evidence and related to ability and achievement, and not always about appearance. Our daughters will receive messages, most often subconsciously, from all sorts of people, some healthy and honest, others not so much. Therefore, a dad’s position in the father-daughter dyad sets him up to positively influence his daughter more than he can imagine.

Dr. Martina Britsa is a Clinical Psychiatrist and Family Therapist based in the city of Arta, Northwestern Greece. Dr. Britsa offers individual and group analytic psychotherapy in private practice.