We waited seven years for our baby girl 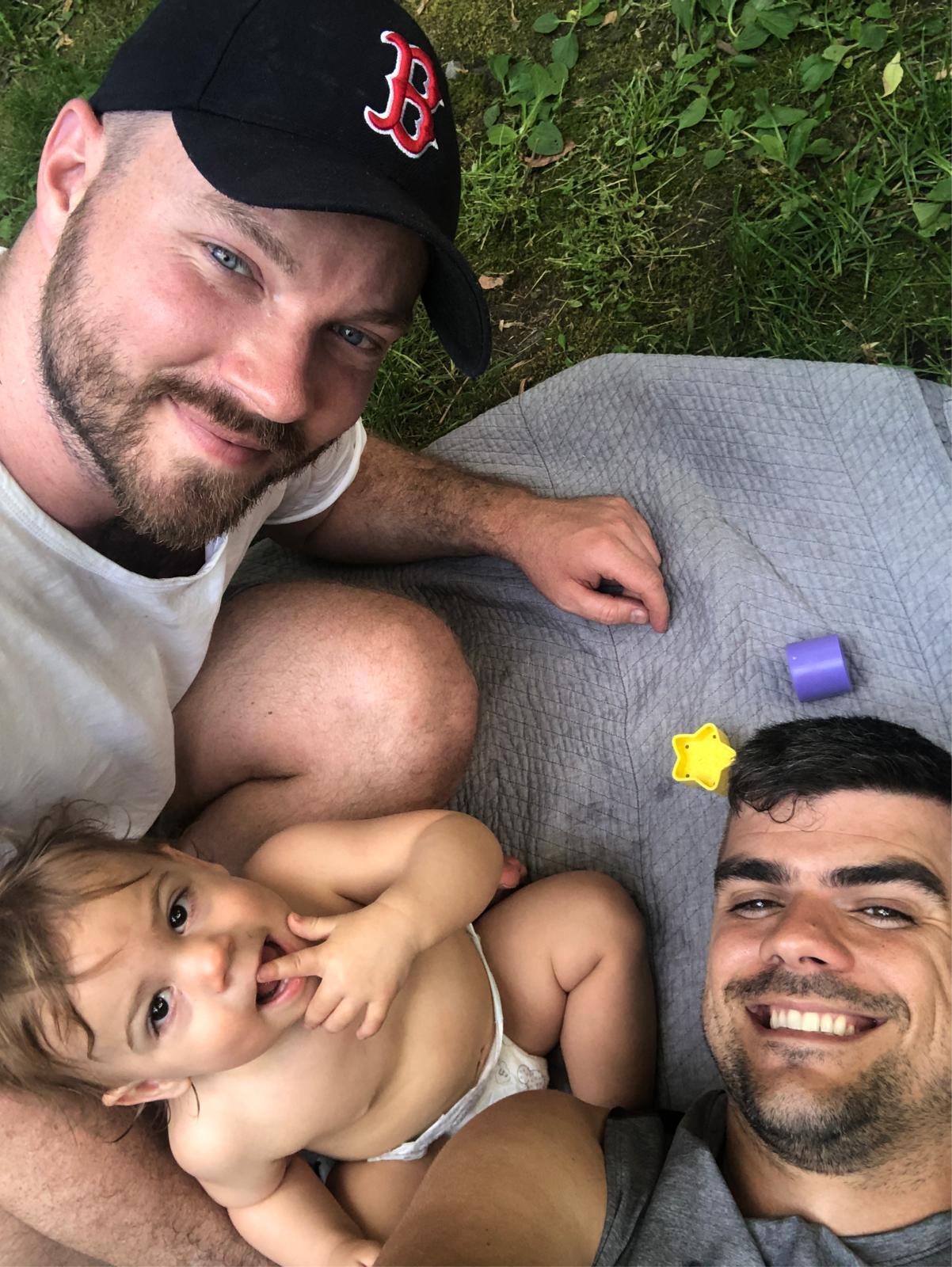 Hugo and his partner, Derek had their names on both of the adoption lists (the second requiring an initial period of foster care) available where they live in Quebec for roughly seven years when their social worker surprised them with a rare opportunity: a baby girl, Mimosa, only a month and a half old, they could bring home to foster the next day should they accept. “This rarely happens,” he tells me.

“More often than not, the children who end up in the foster system are older, and in there because their parents develop an addiction of some kind and, sadly, can no longer care for them. In Mimo’s case, however, her mother knew ahead of time her mental health issues would interfere with her raising a child and had already planned to find someone who could.”

During Mimo’s first year with Hugo and Derek, their social worker would periodically bring her to see her mother, as a way to determine whether, in her professional opinion, she might ever be able to care for her. Early on, Hugo says, Mimo didn’t seem phased by the visits, but as her attachment to them grew, she began to throw tantrums when she had to leave and didn’t understand why she had to keep going to see this woman she didn’t identify as her mother. Fortunately, all of this worked in their favor though; at the initial court date, Mimo’s mother told the judge Hugo and Derek were good dads and she would relinquish her right to the visits.

As Mimo gets older, we know she’ll have questions about her mother

“And if she wants to try and contact her, to meet her, we’ll make sure she feels supported in doing so. It’s her story and she has a right to answer the questions she has about her origins however she needs to. It’s important for her to understand  her mother’s choice didn’t come from a lack of love.”

For now though, they’re just focused on the joy of getting to know her. Mimo exhibits a natural tenacity and jubilance for learning who and what new people and situations might offer, Hugo says, and her already pronounced extroversion led them to enroll her part-time in pre-school early at only seven months. “Derek and I openly love life—our default is positive, exuberant,” he says. “So to be given a daughter who already displays a similar spirit is no accident and we want to do everything we can to encourage it. Instead of crying when we leave her at daycare, as we see many of the other children do, Mimo is ecstatic, ready to play. It’s like she knows we’ll be back so why not just enjoy the hours where she has a chance to have a new experience with other kids.”

Our friends are telling us all the time how lucky she is to have us, but we know we’re equally as lucky to have her.

Hugo and Derek believe that this shared instinct will help prepare Mimo to handle whatever challenges lie ahead as she gets older, an obvious one being that classmates will surely ask her where her mom is, why she has two dads, and unlikely in such a pragmatic, neutral tone. “Of course we think about it, but we’re not worried,” he tells me. “Because Mimo will know her story and we trust she’ll love her place in it. That’s our goal, anyway, so that no matter who questions her, however uncomfortable it may be, it won’t shake her sense of self, of what she knows to be good in her life. She’ll have the answers she knows to be true, give them however she wants, and move on. She won’t waste time dwelling in someone else’s opinion of her world because she’ll be too busy with how much she enjoys creating it.”

By I Have A Daughter
2 dads and a daughter, diversity, openness, parenting