When COVID hit, I became a temporary Stay-At-Home Dad and will be forever grateful 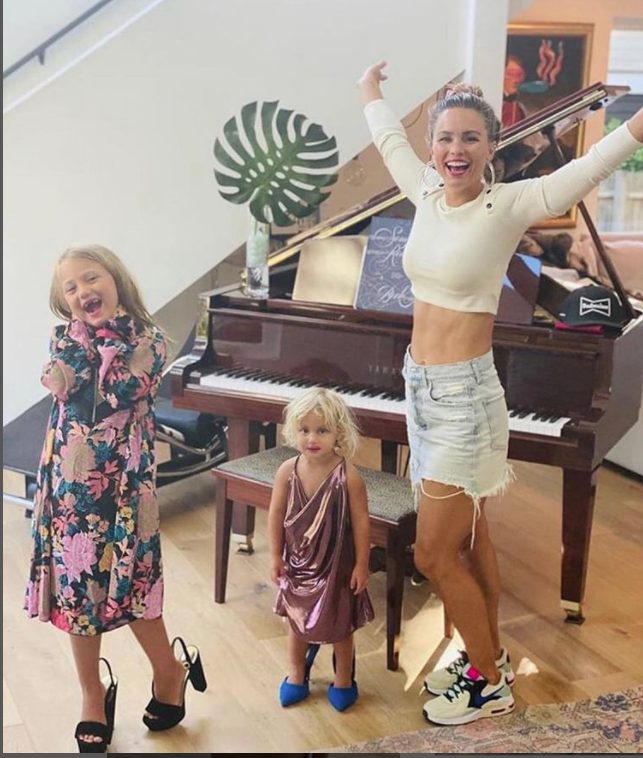 “The main difference between Punky (Amelia) and Mickey?” Ryan Stasik laughs, “At this point, let’s say I’m saving for a college fund for Amelia and bail money for Mickey.” Whereas Punky, 8, tends to be more cautious in her approach, her natural instinct a careful and empathetic one, Mickey, 3, he says, is a more reckless child, fearless and prone to impulse. Someone always has to have eyes on Mickey when they’re out together; if she sees someone doing something that interests her, she’s going to try to mimic it if there isn’t someone to stop her. “She has no idea what I do yet,” he tells me. “I mean she’s seen a few videos, but that’s it. I know she’s got rock n roll in her bones though by the way she dances, how clearly moved she is by music. I’m both excited and terrified to see what she’ll do with it as she gets older.”

Both Ryan and his wife, Mary Welch Fox Stasik, are successful artists — Ryan, as a rock n roll bassist in numerous groups, such as Umphrey’s McGee, and Mary Welch as an interior designer with her own show on HGTV, Breaking Bland — but when COVID hit, their roles at home reversed; rather than Ryan being the one on the road, with tours halted he suddenly became a stay at home dad as Mary’s show got picked up and she spent long hours away shooting.

Honestly, I have a lot of gratitude for this last year. But I am a silver lining kind of guy in general.

“We’re always on the go, pulled in so many directions, that this kind of time together isn’t easy to come by unless you’re forced into it. We’re fortunate to live right by a beach so our little COVID bubble consisted of homeschooling, surfing, cooking outside with the grandparents, playing music and family dance parties. I was a lot more rested and grounded than I have been in years, able to just focus on whatever we were doing and enjoy the present moment.”

Now that touring has started up again though, Ryan admits he’d love to be able to bring Punky on the road with him for short stretches; Mary, however, and the regulations still in place because of COVID have tabled this desire for the foreseeable future though. In general, Ryan recognizes his tendency to be more lenient with his daughters than his wife is, but more often than not is happy to acquiesce to where she prefers to draw the line.

This doesn’t mean, however, that he’s always easygoing; in fact, his temper is one of the things he has to keep an eye on when he does disagree with Mary or with Punky or Mickey. “With things that happen by accident, like dropping and breaking something, it’s gotten easier,” he tells me, “Because logically, ok, why should I be mad? It’s an accident. But you know how it goes, it all depends on what else is going on in your head that day.

When Punky or Mickey intentionally do something they know is wrong though, this is more challenging, and then I really have to watch my short fuse because it will only make resolving it more difficult if I act out too.

One thing that’s really helped them as a family, he says, is something called the conflict rose, a technique they learned from daycare. The person holding the rose explains why they’re upset and then hands it to the person they’re addressing so they have a chance to explain and apologize. After they’ve listened to one another, they hug it out, let it go, and move on. “Let’s say I used to be a lot more selfish than I am now,” he laughs.

“Not that I didn’t care about other people’s feelings, but like, I’d be the guy on the plane visibly annoyed if there were children crying, totally focused on my own experience and the inconvenience without understanding what was actually causing the problem. Now that I have kids of my own though,  I’m the first one to try and help an overwhelmed mother on a plane if I see there’s something I can do.

Raising daughters has definitely made me kinder and better to people in general.