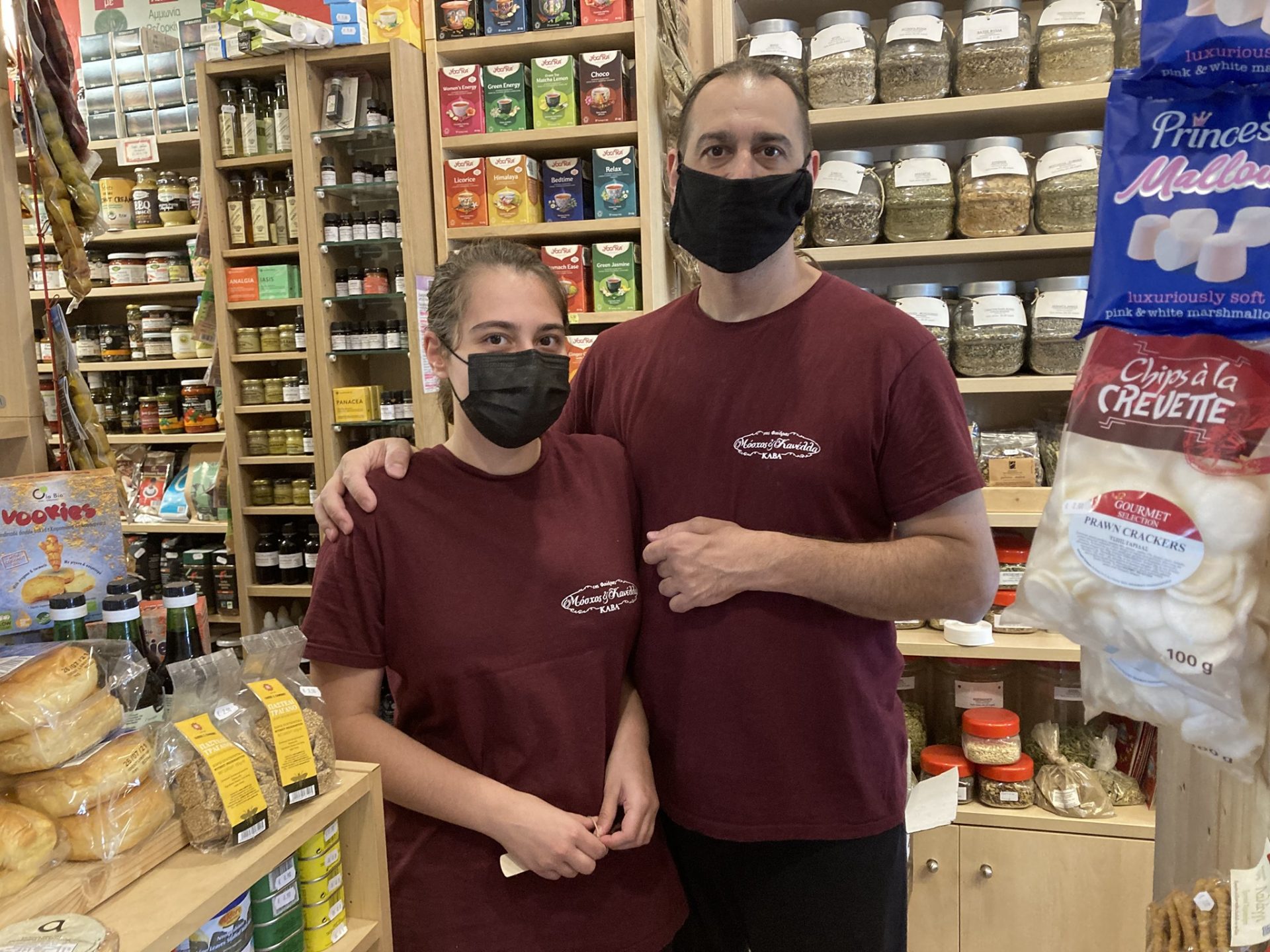 Terpandros believes that working with his oldest daughter, Eirini, 22, is one of the best things that could have happened in their relationship. For most of Eirini’s life, they lived apart as she stayed with her mother when they separated; much of how she grew up he regrettably missed out on due to the distance. Choosing to come to live with him when she decided to leave her mother’s, however, did not mean what it normally does in Greece; he welcomed her with open arms, yes, but she would still need to contribute.

I’m not the father who will give them whatever they ask for just because they’re my children and I love them.

“If I don’t teach them that you have to work to buy the things you’d like to have, who will? Only from this mindset will you be strong enough to go after the bigger, more serious things you want and understand the same process applies.”

For Eirini, it was a job, which he offered her in the cava he runs with his wife, Dimitra. It began, he says, with basic tasks, stocking the shelves, inventory, and as he saw how seriously she took it, how much she began to invest in the store, come up with her own ideas for how to improve certain things, he slowly began to increase her responsibilities until now he considers her more like a partner than an employee he needs to manage. He admires her ability to stay calm under pressure as well as her attention to detail in the business side of things and feels proud that she now has the skills appropriate for management. “What I love most about having her working here with me, though, are the conversations we have while taking care of whatever needs to be done that day,” he tells me.

I worried at first that we’d have trouble communicating after not being close so many years.

“You can’t replace all that time you’ve lost together. How could I just start asking her everything I wanted to know? And the same for her, of course. But it came easily — maybe because we were doing something else with our hands, who knows? I can say for sure now though that we don’t hold anything back. We can talk about what’s stressing us in our personal lives, more often than not, as easily as what’s for dinner.” This communication, he says, has helped him to no longer think about the time they’ve lost and instead focus on all they’re creating together now.

With Phaedra, now almost 8, her responsibilities are naturally different, but the same principle applies. “I want her to understand that cleaning her room, her chores around the house, paying attention to her homework and behavior in school — in general, doing what she says she will do or is asked to do — is all related to the person she’s becoming. Recently, she’s become more interested in coming into the store to watch what I’m doing. She wants to feel more connected to what her daddy does and to see how she can be a part of it. And I love it when she does, of course, and I am careful to make sure she knows that this isn’t a game. She has to know this is work and work is different than play, even if she’s just helping with a small task, like labeling.” And while she doesn’t always understand the value yet, he says, she wants to; rather than give up when it isn’t easy, she’s learning that it’s worth it to stick it out, especially when she sees how proud he is of her when she does. 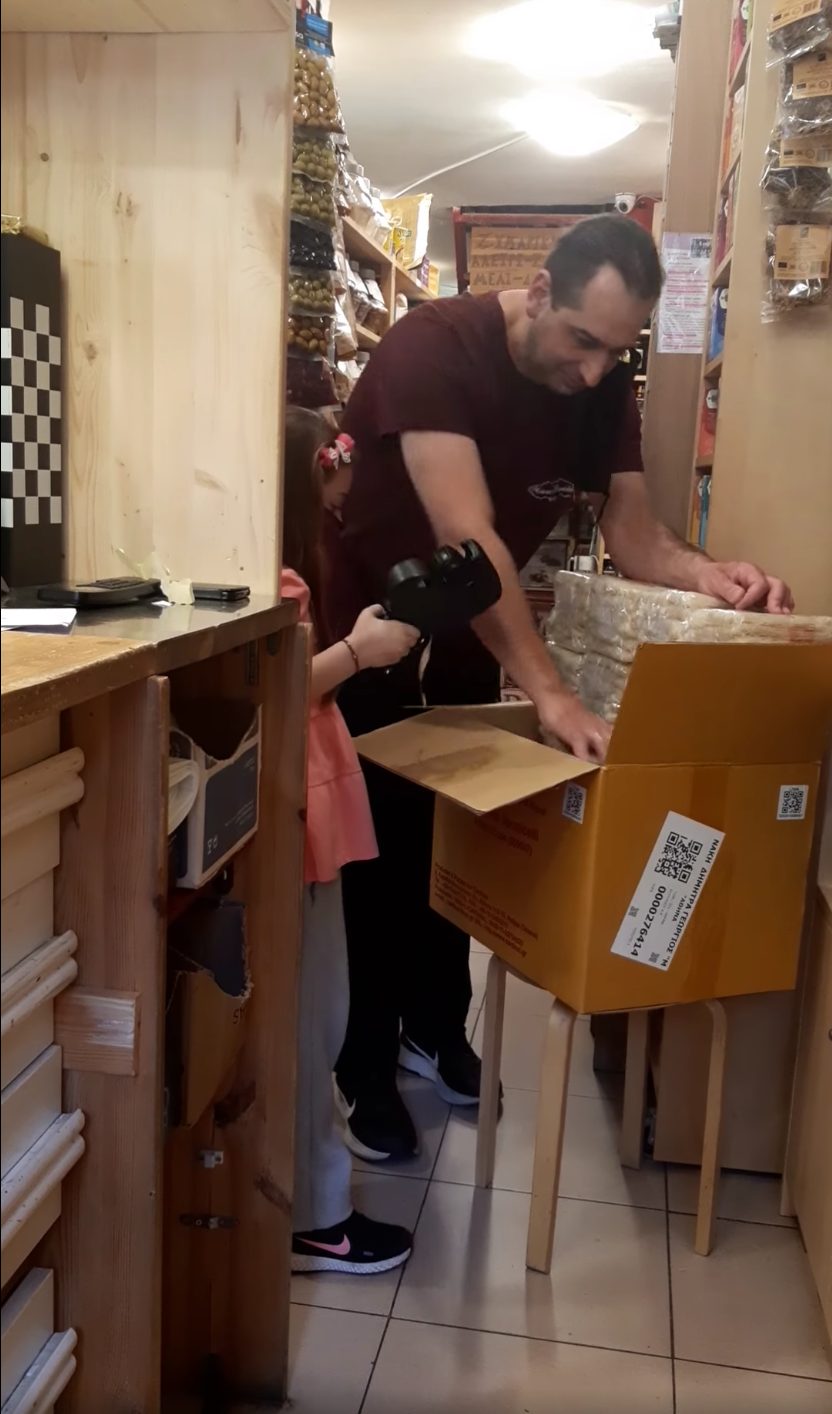 Terpandros recognizes that it will naturally be more difficult for both Eirini and Phaedra in the world as women than it was for him . He knows they’ll have to work harder to have the things they want and face obstacles in pursuit of them that he’ll never be able to fully understand. And while it isn’t fair, he accepts all he can do is try to empower them to meet difficult circumstances when they do arise.

Being aware of what they will have to face out there is one reason I don’t hide my mistakes from them, why I want to be as open as possible.

I don’t ever want them to feel ashamed to make or admit their mistakes.

Shame holds you back, keeps you quiet and small. If you don’t let yourself accept and learn from your mistakes, you will repeat them again in your path or pass them onto your children’s path. I see it as basic to standing on your own two feet and having a healthy emotional balance. I’ve always done my best not to repeat a difficult lesson, to think how I can handle it better next time, and hope by living this example, showing what it means to my life to do this, they will do the same.” 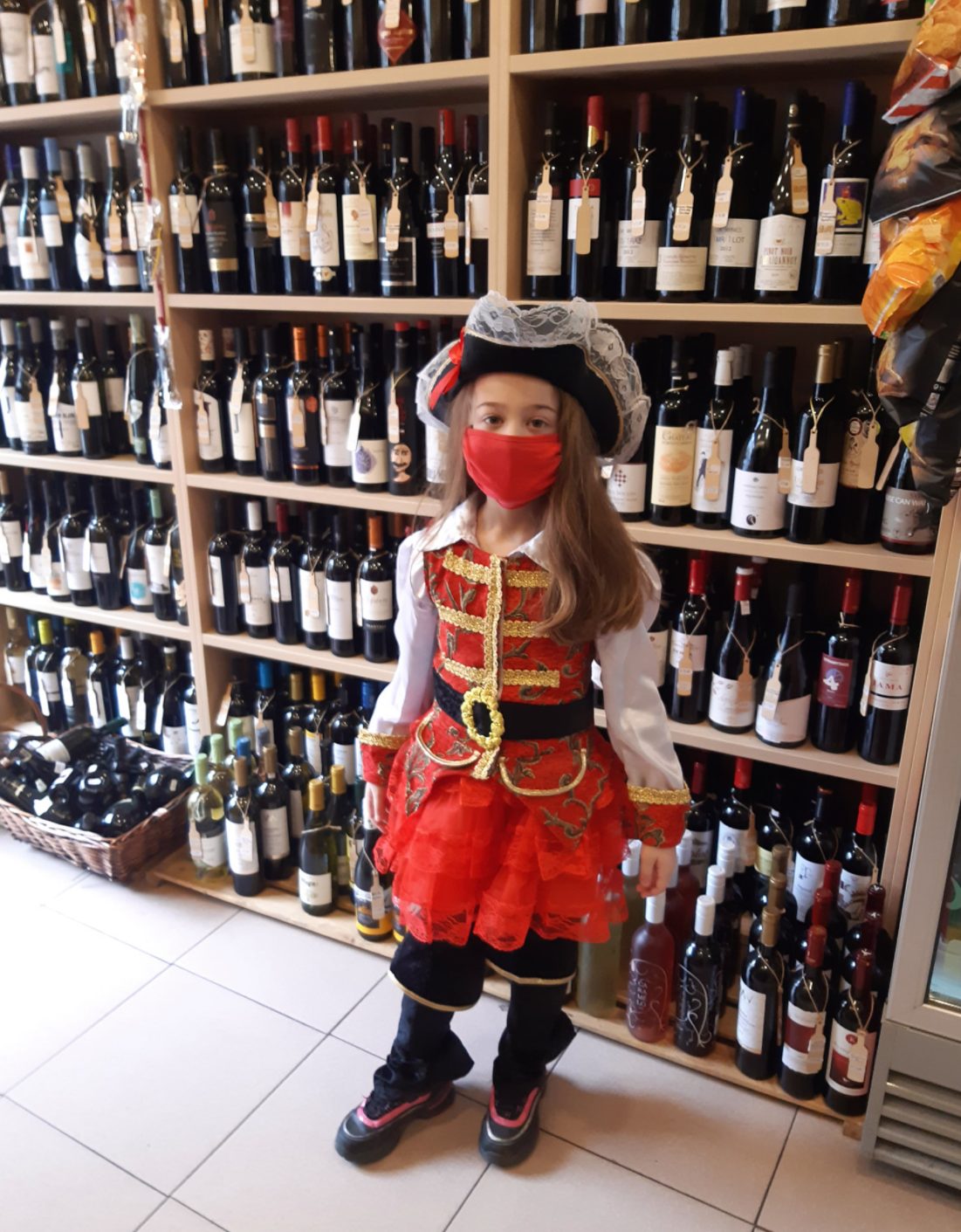 By I Have A Daughter
dads of daughters, discipline, family business, leading by example, modeling, modern family