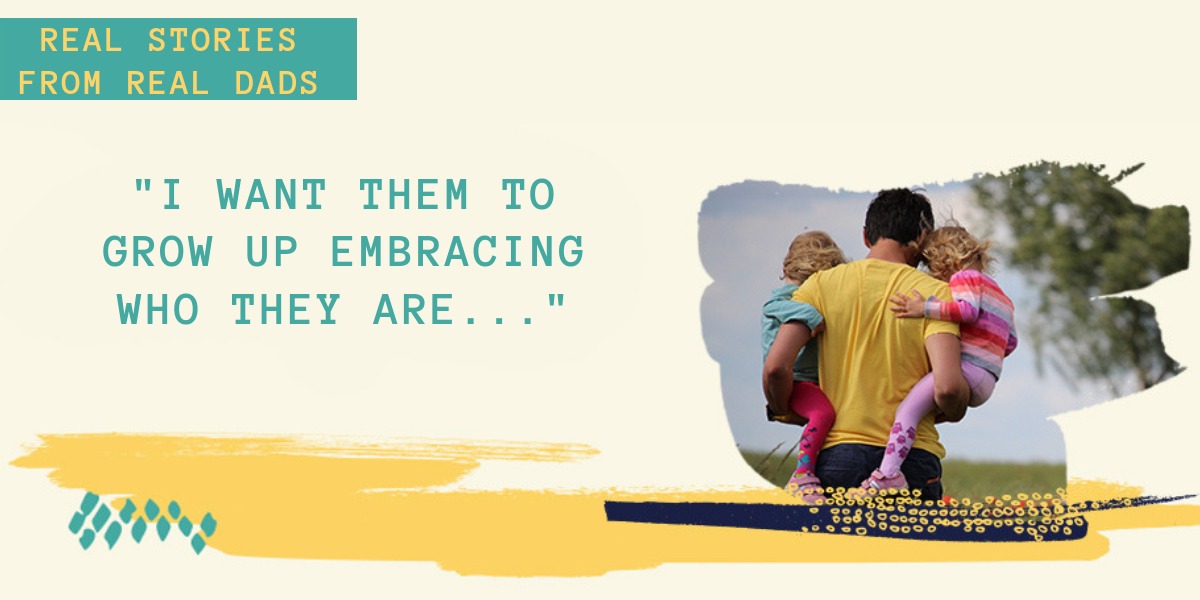 Thomas M. wants his daughters to understand the importance of sincerity. Though they’re both quite young still — Maria, 7 and Ioanna, 2.5 — he’s already consciously encouraging them to mean what they say and to not be afraid to try new things, even if it’s not what everyone else is doing.

I want them to grow up embracing who they are—accepting that this is always a work in progress, of course. A lot of people waste time pretending to be someone they’re not to gain approval or acceptance, but of course it doesn’t last. They’ll see through you eventually and it will be much more difficult than if you’d just been transparent to begin with.

Fortunately for Thomas, Maria and Ioanna are both naturally outgoing and already have a close bond that allows them to play together often, despite their difference in age. Maria’s interests primarily revolve around gymnastics and choreographed movement at the moment, which she practices at home whenever she can. Ioanna enjoys watching her and does her best to imitate the steps, often to both of their amusement. Of the two, Ioanna is more tenacious; it doesn’t phase her if she doesn’t quite get the hang of it yet, she simply enjoys trying.

The difficult part, Thomas says, is how little time he’s able to spend with them during the week. His job demands long hours; by the time he gets home after 7, there often isn’t time to do much together. “Even when we are together on the weekends, I feel guilty sometimes because I can’t fully detach from what’s going on at work. It can be hard to get myself out of that mindset and completely relax with them, as much as I want to, especially right now. After the first year when they start talking, things change so quickly. Their personalities and behaviors can change from one week to the next and I don’t like feeling like I’m missing these transitions. For instance, I really love hugging them, it has always been one of my favorite things about having two daughters, but now sometimes they let me, sometimes they don’t, and I never know why.” What he isn’t able to offer in time though, he makes up for in consistency.

If I say I’m going to do something with them, we do it.

“My schedule doesn’t allow much room for improvisation so our time together is usually planned out well in advance, which may not sound like as much fun as being spontaneous, but I think it’s helped them to see the value in time management. I like to give them choices to consider as well, leaving it up to them to pick between two or three things for what we’ll do. This helps them to realize their opinion matters and to learn how to weigh decisions on their own. Even if it means they need me less and less as they get older, so long as they’ve learned not to second guess themselves, I’ll be happy.”

By I Have A Daughter
be yourself, foster decision making, keeping your word, quality time, time management, transparency